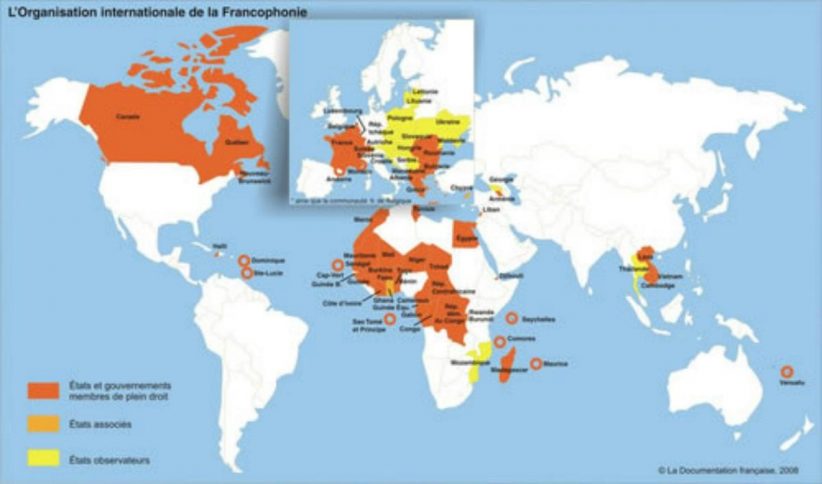 For a duration of one month, French cinema, culture, and food will be promoted in  Yerevan, Armenia.

International Francophonie Day is March 20; it is celebrated all around the globe by the world’s French-speaking community that consists of more than 300 million people.

Armenia will not be outdone in the organization of this highly anticipated event.

The Francophonie Summit, considered as the highlight of the International Francophonie Organisation, will bring to Armenia officials and heads of state from 84 countries on October 11. It is the largest international event that Armenia will host. The Summit defines the orientations of the Francophonie so as to ensure its influence in the world in a ten-year strategic framework.

The Embassy of France will launch the Francophonie season in Yerevan with a series of cultural events that will take place from March 12 to April 12. The series will focus on culture, cinema, music, theatre, and food.

“We think that French is a very important language that has to be promoted more. It is a language of friendliness and exchange. It is one of the most spoken languages in the the world. ” says French Ambassador to Armenia Jonathan Lacôte, during a press conference held in the Embassy of France.

Choice of Armenia as the hosting country of The Francophonie Summit will give Armenia more visibility among the global French-speaking communities, which exist in France, Canada, Switzerland, Algeria, Benin, Cameroon, and other countries in Africa.

“The more people will hear about Armenia the more they will be interested in the country. For example, there is good hope to see a touristic increase. And Armenia has to be ready when it happens,” mentions Ambassador Lacôte.

Armenians already feel a certain attraction for the French language and there are sizable Armenian communities in French-speaking countries such as France and Canada. France and Armenia have close relations and French institutions such as  the International French School in Armenia and the French University in Armenia contribute to the close bond.

“Last year, we saw an increase of 10% in student attendance to the International French School. We are expecting an increase of 30 to 40% next year. We also noticed an increase of students choosing the French University for their education,” says Alex Bortolan, Cooperation and Cultural Action Attaché.

“Our conviction is that 2018 will be the year during which the event will definitely mark Armenia. The country will become a full member of the Francophonie. We hope that there will be a before and after 2018 for Armenia,” concludes Lacôte.

Read more about Francophonie program in Armenian or in French.