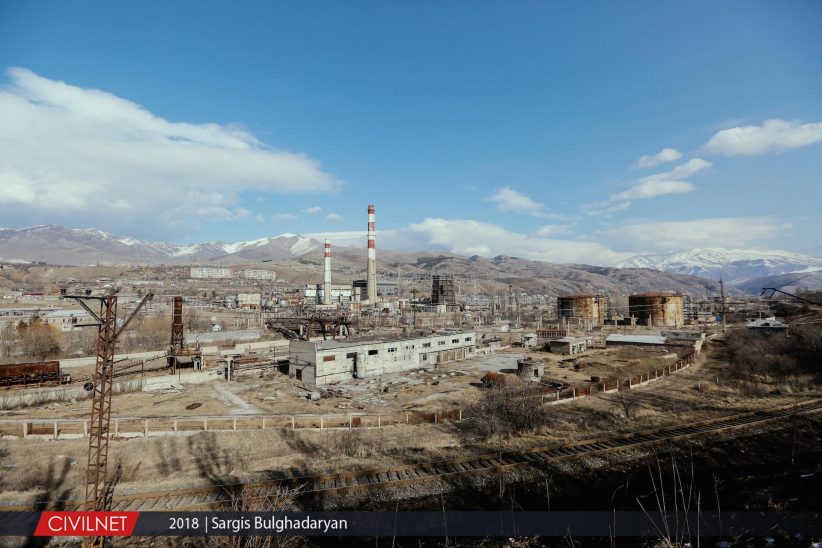 In this piece, CivilNet reports on a trip to Vanadzor, Armenia’s third largest city. It serves as the capital of Lori Province in the northern part of the country. It is located around 80 miles north of Yerevan and has a population under 90,000. 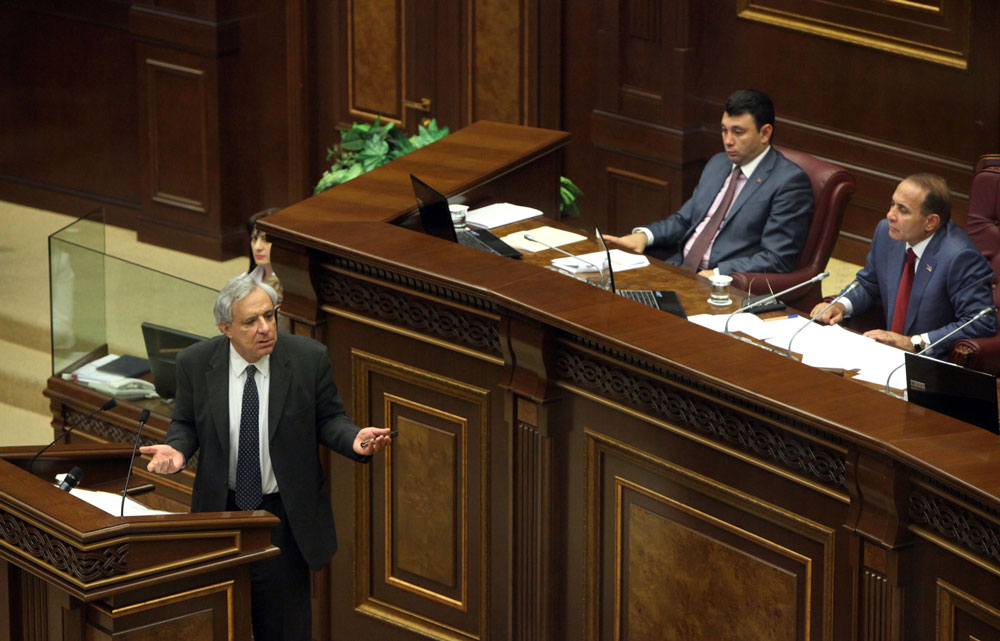 Vanadzor was known as Gharakilisa — black church in Turkish – during the Russian Empire and was the site of one of the three battles of independence in 1918. Following Sovietization, the city was named Kirovakan in 1935, after the Russian Bolshevik leader Sergey Kirov. It was named Vanadzor (the Valley of Van) following Armenia’s independence in 1991.

Here is a view of Vanadzor’s old and abandoned factories, and memories of Soviet times that some residents still hang on to. But most importantly, these are images of the vestiges of a flourishing industrial past life.

On the road to Lori region, the snow-covered landscapes roll past, leading us to Vanadzor. On the doorstep of the town, gigantic rusty iron columns and weathered metal carcasses firmly rooted within the ground welcome us. Those are the city’s factories, neglected for more than 25 years. They are an enduring reminder of not just the town’s industrial history, but of a Soviet past and a legacy that, to this day, impacts all residents of Vanadzor — the young and the old.

The weather is generally rainy here but today is our lucky day, a shiny sun just broke through the clouds. The silence of the gloomy factories contrasts with the blue sky and the chirping of the birds. The colossal size of the factories is overpowering. The remnants of a vibrant past are everywhere.

“At that time, the entire city was working. Unskilled workers were the most needed, as were the engineers to operate the machines. We often criticize the Soviet Union but we have to admit that the economic situation was way better then, than now,” says Samvel Mikoyan, a man of nearly sixty, who now works for city hall.

The chemical plant is the city’s first enterprise, established in 1929.

After the opening of the first factory, everything took off. Within less than 50 years, 32 industrial operations sprung up, including a robot factory, a thermal power center, a chemical fiber plant, and a knitting factory. About 30,000 of the then-170 000 residents worked at industrial enterprises. According to the Vanadzor Municipality, products with “Made in Vanadzor” trademark were exported to more than 30 countries.

“There weren’t only Soviet Armenian workers. Armenian migrants from Lebanon and Syria also came to work in the factories. We also had some Russians, Georgians, Kazakhs, and others,” remembers Mikoyan. The Chemical Fiber Plant, for example, engaged representatives of 13 nationalities in its construction. 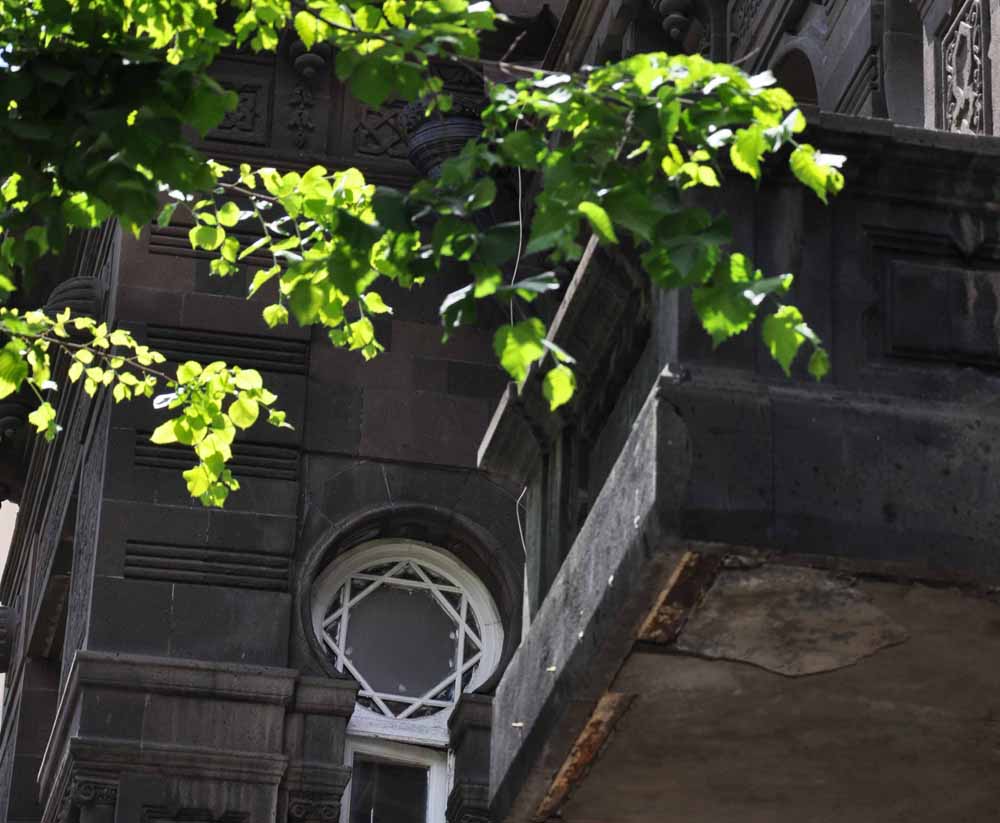 In 1987, Vanadzor came a close second to Armenia in terms of industrial capacity. Nowadays, only 70,000 people still live in the town and only 3,000 are employed in industrial plants.

“There is almost no work here. People leave the city to go to Yerevan or Russia. For the youth, it is very hard to live here. The rainy weather and the abandoned factories put you in a depressing state,” says Artashes Sergoyan, a young resident of Vanadzor. 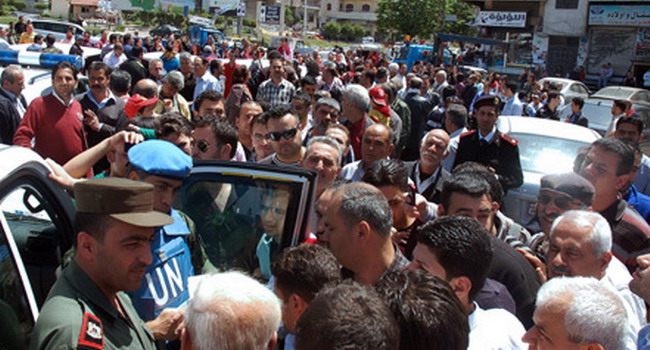 Back among the silent ruins lies the gigantic Khimprom site, the chemical plant. By a simple stretch of the imagination, we can almost see the old copper pipes coughing steam. In 1987, its final year of intense activity, the plant produced over 18,000 tons of fertilizer, 22,000 tons of ammonia, 34,660 tons of calcium carbide and 13,570 tons of melamine, according to data supplied by the municipality. Today, the plant is running slow. The employees are mainly security guards, engaged in protecting the site and the equipment.

We try to enter the site, but the gatekeeper does not allow us: “You need the owner’s permission for that.” The owner is Ardshinbank, a local Armenian bank. The Thermal Power Center and the Chemical Fiber plant are also under its ownership. According to the municipality, almost all the sites are privatized.

Is there an industrial future for Vanadzor? “The government has other plans for the city,” says Mikoyan. The Mayor of Vanadzor, Mamikon Aslanyan, foresees a touristic development of his city. Mountains, Nature, pure air are added values. A way to break away from its mechanized past.

But not all young people in the town see the past as a burden.

“Kirovakan, by nature, is a town of paradoxes. On one side, the Soviet factories created an ecological disaster for this region. On the other hand, the area became a major town due to its industrial output. The issue is that the town became so dependent on the industry that it’s almost unable to survive without them. Now the town doesn’t know what to be. It’s in a state of transition,” says Davit Galstyan, the bassist of Vordan Karmir rock group.

Although the new generation didn’t grow up in the glorious industrial era, it is strongly influenced by it. Many rock bands such as Clocker, Lousnelius and Vordan Karmir explain their creativity by their ties to Vanadzor, the surrounding nature, the gloomy weather and the old factories of their city. “There is a particular aura in Vanadzor that inspire our texts and our music,” admits Vahan Poghosyan, the lead singer of Vordan Karmir band, during an interview with CivilNet.

“This state of transition has brought about a depressive aura, which you can feel if you stay here long enough, not just one or two days. This aura leads to two extremes, either into a creative impetus or, potentially, into a mental breakdown,” says Galstyan.

About 30 kilometers from the rusty factories, a Harvard-graduate architect has designed a new structure, the SMART Center, which is an initiative of the Children of Armenia Fund (COAF). COAF was founded in 2000 by successful businessman Garo Armen who wanted to provide the resources to transform impoverished villages in Armenia.

The SMART Center stands in contrast to a city suffering from an overdose of the past. The Center, which will open its doors in May, will be a new space in the province for the advancement of technology, arts, linguistics, environmental practices, and much more. It promises to be a place that looks to the future.

Francophonie Comes to Armenia in Spring