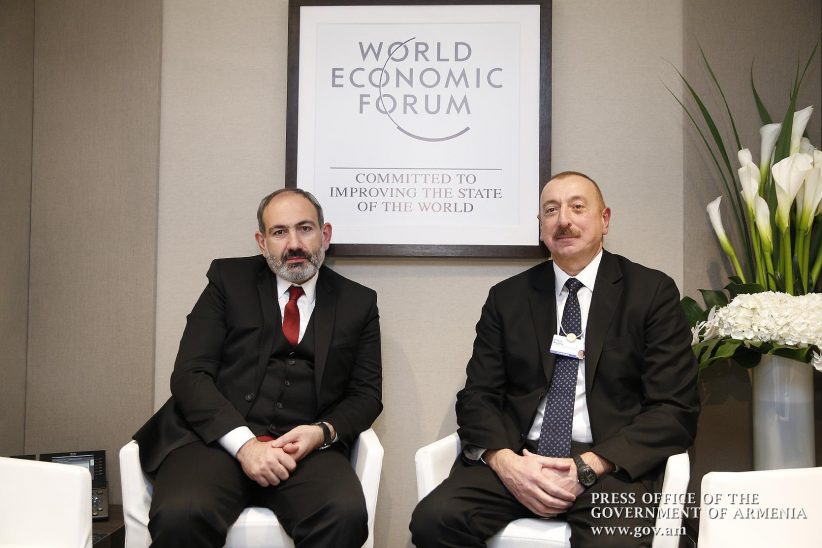 Ahead of an upcoming meeting between Armenian and Azerbaijani leaders, the Organization for Security and Co-operation in Europe (OSCE) Minsk Group has issued a statement calling on both sides to “refrain from statements and actions suggesting significant changes to the situation on the ground.” The Minsk Group Co-Chairs from Russia, France, and the U.S. are working with the two foreign ministers on the preparations for a meeting between Armenia’s Prime Minister Nikol Pashinyan and Azerbaijani President Ilham Aliyev.

Emil Sanamyan, a Washington-based reporter and a specialist on Karabakh, talks to CivilNet’s Karen Harutyunyan.

Karen Harutyunyan: Armenia’s new government has stressed the importance of Nagorno Karabakh’s participation in the negotiations. There are speculations in Armenia that the OSCE Minsk Group statement is a signal to Armenia rather than to Azerbaijan suggesting that the format of the negotiations cannot be changed. What do you think is the underlying message of this statement?

Emil Sanamyan: Yes, this is my reading as well. As we heard from Prime Minister Nikol Pashinyan and other officials, the Republic of Armenia’s leadership is not ready to represent Artsakh in negotiations or discuss any territorial concessions. This position was repeated this past week, just as plans were announced for a new meeting between Pashinyan and Ilham Aliyev. Aliyev and the mediators have made clear that they are not ready for any changes in the peace process, neither in terms of structure nor content.

KH: The statement contains the following steps for a peace process: “Return of the territories surrounding Nagorno-Karabakh to Azerbaijani control; an interim status for Nagorno-Karabakh providing guarantees for security and self-governance; a corridor linking Armenia to Nagorno-Karabakh; future determination of the final legal status of Nagorno-Karabakh through a legally binding expression of will; the right of all internally displaced persons and refugees to return to their former places of residence; and international security guarantees that would include a peacekeeping operation.” Does this sequence prioritize one step over another?

ES: I would not say that. Various ideas discussed over the years are inter-connected in terms of implementation. For example, the handover of certain territories and introduction of peacekeepers can be combined. The lack of agreement on mechanism for determination of Karabakh’s status has in recent years become connected to continued Armenian control of Kelbajar. But there is a realization that none of these ideas can be implemented as long as there is a threat of war. There is a complete lack of mutual trust, and even less controversial processes such as Track II dialogs have been virtually snuffed out.

KH: Pashinyan has said there is no agenda for negotiations in his meetings with Aliyev. Does this mean that the Armenian side is trying to start from scratch? If so, what can be the new starting point of negotiations?

ES: Everything must begin from building mutual trust, including prevention of cease-fire violations, protection of civilians on both sides, prevention of war crimes, and resumption of Track II exchanges. If Aliyev is not ready to be involved in these initial steps, the Armenian government must look for other partners willing to engage.

This does not mean starting from scratch per se, but it means recognizing that the negotiation process to date has not reached a resolution because it has not been wide enough, deep enough and honest enough. If the parties genuinely want peace, then they should be having a different sort of conversation. And obviously the main pre-condition is that any threat of war must be off the table.

KH: The official rhetoric on both sides has always been somewhat different from the real discussions on the negotiation table. In this sense, how different or similar is the situation now?

ES: It is different in a sense that Armenia has a different leadership which has made clear it is not ready to discuss any territorial compromises, even in exchange for status and international security guarantees. However, this leadership has also not made clear what it is trying to accomplish through negotiations beyond maintaining the cease-fire.

An additional issue is that there is some obvious distrust between Pashinyan and the government of Nagorno Karabakh. This became public before the December parliamentary election, and later resulted in the removal of Geneneral Levon Mnatsakanyan, the Defense Army commander. Karabakh’s leadership is now nearing transition, with general election scheduled for 2020. It appears, the outgoing president Bako Sahakyan has selected retired General Vitaly Balasanyan as his successor. Balasanyan has criticized Pashinyan for prosecuting Robert Kocharyan and former senior military officers over March 1, 2008 clashes. Pashinyan could endorse another candidate in the Karabakh elections. This uncertainty regarding the next Karabakh leader is a factor that has its bearing on Pashinyan’s ability to negotiate.

KH: There are also speculations in Armenia that Karabakh was left out of negotiations when Robert Kocharyan, former president of Karabakh, became Armenia’s president. Do these sentiments bear truths in them?

ES: This is a popular myth, but it is without historical basis. In fact, when in 1998 Kocharyan was elected president of Armenia, he ensured that Karabakh’s and Armenia’s positions are the same. If Ter-Petrossian supported the withdrawal from former Azerbaijani districts (minus Lachin) in exchange for security guarantees and without determination of status, Karabakh insisted that districts could only be exchanged for recognition of Karabakh as independent or as part of Armenia, in addition to security guarantees. So, there was that divergence of views in 1997-98. It was only overcome after Kocharyan was elected president of Armenia. As Ter-Petrossian said at the time, he did not believe that Armenia and Karabakh could hold the districts for more than five years or so. We see now that he was wrong.

I think the notion that Karabakh was left out of the talks after Kocharyan became Armenia’s president was concocted by his opponents as a way to distract from the more important differences I mentioned. In reality, Azerbaijani leaders, specifically Heydar Aliyev and his subordinates, only agreed to talk with Karabakh leaders when they came under military pressure in 1993 and again when Aliyev agreed to a permanent cease-fire in 1994. However, since then the Azerbaijani government has sought to avoid any contact with Karabakh. While the Minsk Conference format included Karabakh representatives, it was more of a debate club than the main vehicle for negotiations. By mid-1990s, well before Kocharyan became Armenia’s president, Aliyev’s and Ter-Petrossian’s envoys, Vafa Gulizade and Jirair Libaridian, were the lead negotiators and Karabakh was already excluded.

In my opinion, the talk of Karabakh’s inclusion in negotiations is a distraction from core issues of this conflict, since Karabakh culturally, economically and in terms of security is already an extension of Armenia and will sooner or later become part of Armenia politically as well. Considering all that, one would expect the Armenian government to create conditions to represent Karabakh with a consolidated position, rather than try to defer responsibility onto a republic it does not formally recognize.