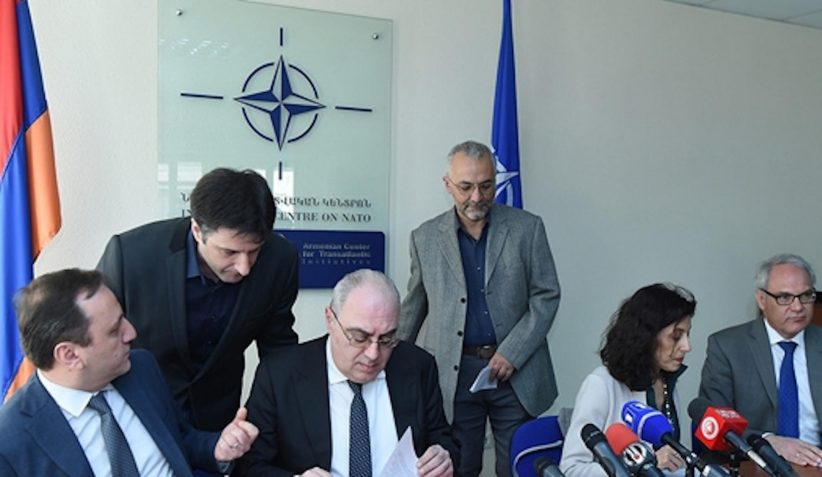 During the opening day in Yerevan, Head of the Defense Policy, Levon Ayvazyan, stated that Armenia is expanding its collaboration with NATO members.

“An active dialogue is continuing in the politico-military sector for the implementation of the defense reforms,” he said. “NATO provides us with advisory and expert assistance to support the process.”

Ambassador Armen Yedigaryan has revealed that Armenia and NATO are negotiating the drafting of the 6th phase of the Individual Partnership Plan (IPAP).

The wide-ranging nature of the IPAP means that Armenia is not only cooperating with NATO in the defense sphere, but it is also in regular consultation with the Allies on rule of law, transparency of reforms, counter-terrorism and the fight against corruption. As part of the IPAP, NATO has agreed to support Armenia in achieving its reform goals by providing focused advice and assistance.

While Armenia intends to intensify practical and political cooperation with NATO in order to draw closer to the Alliance, it does not seek membership in NATO.

Most likely, the plan will come into force in Spring 2020. Until then, the current version of IPAP is applied, Ambassador Yedigaryan said.

The Head of NATO Liaison Office in Georgia, Rosaria Puglisi, noted that the Velvet Revolution of Spring 2018 was proof of a will to fight against corruption.

“The Velvet Revolution that took place in Armenia last year was a powerful sign that people want to take the responsibility for what happens in their country,” said Puglisi.

Armenia and NATO also stressed the importance of civil oversight of the armed forces, which is the topic of the conference to be held at the Armenian National Assembly during NATO Week. Representatives of a number of NATO member states will share their countries’ experience in this field at the conference.

German Ambassador to Armenia, Matthias Kiesler, who was present during the press conference, attached importance to engaging the general public in NATO Week events. According to him, it will make the information about Armenia-NATO cooperation accessible to people beyond the small group of experts.