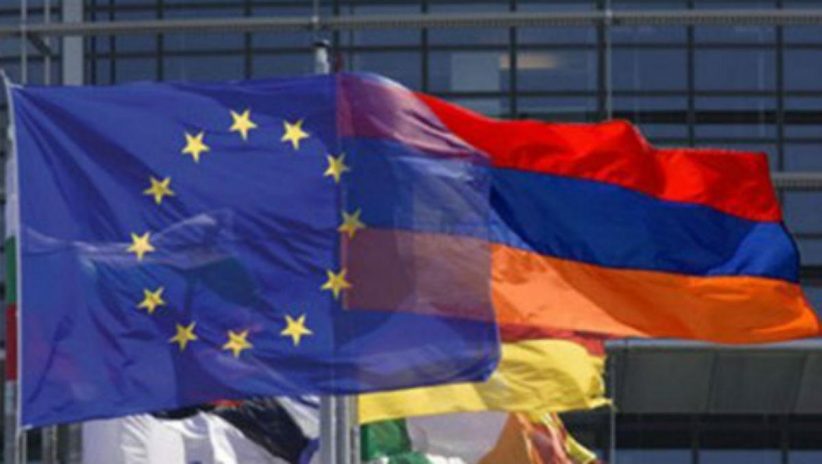 By Benyamin Poghosyan, the article was published on commonspace.eu

On March 21, 2017, Armenia and the EU initialed a new Comprehensive and Enhanced Partnership Agreement. This achievement was perceived as a critical step forward in fostering bilateral relations following a period of bitter disappointment in both Brussels and among the pro – European part of Armenian society after the abrupt September 2013 decision by Armenia to withdraw from its negotiated Association Agreement, and choosing instead to join the Russia led Customs Union (later renamed as the Eurasian Economic Union – EAEU). The decision was made in Moscow which left no doubt as to what were the key reasons of such a U – Turn. In Autumn 2013, Russia was aggressively pushing back the EU Eastern Partnership program, perceiving it as another Western attempt to encroach on its legitimate sphere of special interests. The trump card in that geo-strategic struggle obviously was Ukraine, and one of the reasons for Russia to press hard on Armenia was the scarcely veiled intention to send a warning message to both Brussels and Kiev.

That Russian strategy seemed to have worked as Ukraine decided to postpone signature of its own Association Agreement just a week before the November 2013 Vilnius summit. But rapidly unfolding events in Ukraine dramatically changed the geostrategic juncture, putting Russia and the West against each other, and downgrading relations to their lowest point since the end of the Cold War.

These developments have put additional pressure on Armenia. Being firmly anchored in the Russian sphere of influence through bilateral agreements, as well as membership in the Russian led military and economic organisations such as CSTO and EAEU, Armenia is trying hard to keep pragmatic relations with the US, NATO and EU. Given Armenia’s geopolitical position, with no war no peace situation in Nagorno Karabakh and closed borders with Turkey, Yerevan has little if any alternatives to Russian security guarantees. Hard security was the key reason presented as an explanation for the September 2013 decision. Armenia clearly understood the main message from the 2008 Russia – Georgia war: Russia is the number one decision maker in the region, and no other power is able and/or wishing to decisively challenge Russian actions on the ground.

The April 2016 four-day escalation in Karabakh with Azerbaijan, in which modern Russian weapons were used intensively, and Moscow’s failure to extend unequivocal support for Armenia, sowed some doubts on the reliability of Russia as a strategic ally. However, the absence of real alternatives for the provision of legally binding security guarantees, leaves Armenia with little room for maneuvre. Meanwhile however Armenia has been cultivating working relations with NATO through the Individual Partnership Actions Plans (IPAP), receiving alliance support in developing peacekeeping capacities, and furthering defense reforms with focus on defense education system. The US is one of the biggest donors to Armenia, and the vibrant American-Armenian community plays a significant role in fostering bilateral relations. As for the EU, it is perceived as a key source of support for pushing forward much anticipated and necessary economic, political and judicial reforms aimed at improving institution building process and thus creating a sound base for further development. Armenia understands that it urgently needs sweeping reforms in almost all spheres of the society to be able to turn back the negative trends in economy and demography. The EU has also provided extensive financial support to help implement these reforms.

Thus, immediately after September 2013, Armenia declared its intention to continue its involvement in the Eastern Partnership program and willingness to move closer to the EU as much as possible despite its membership of the EAEU. The decision to launch negotiations on the new Armenia-EU comprehensive agreement, and their successful completion in March 2017 was perceived in both Brussels and Yerevan as an important milestone in bilateral relations. Theoretically the signature of the agreement in upcoming Eastern Partnership summit in Brussels may bode well for both EU and Russia. The EU may prove that it does not seek to isolate or downgrade Russian allies and does not see Eastern Partnership as a solely geo-strategic project aimed at undermining Russian influence in the Post Soviet space. Russia may use the new Armenia- EU agreement as further evidence of its pragmatic approach, downplaying Western arguments that it does not accept the sovereignty of former Soviet Republics and makes attempts to thwart their independent foreign policy and security decision making process.

Meanwhile the recent tensions between the head of the EU delegation in Armenia and some high-ranking members of the Ruling Republican party regarding the assessment of the activities of the Central Electoral Commission, and some aspects of the April 2017 parliamentary elections in Armenia, resulted in lively discussions on the possibility of Armenia postponing the signature of its initialed agreement with the EU. For sure, the main argument for such a prospect is not the disagreements between the EU Ambassador and the Ruling Party, but the possibility of Russia yet again putting pressure on Armenia, to repeat the same scenario as in September 2013.

Taking into account the deep uncertainty regarding the perspectives of Russia-US relations, with President Trump trapped in investigation of his Russia connections, and with the Senate and Treasury Department elaborating new sanctions on Russia, as well as German and French leaders having a firm position regarding the necessity for Russia to fully implement Minsk agreements before any sanctions can be removed, there is little hope for short term improvements in Moscow -Brussels-Washington trilateral dynamic. In this situation some analysts argue that Russian leadership may attempt to prevent CSTO and EAEU member Armenia from signing a new agreement with EU, just to send message to its Western interlocutors that despite sanctions, and weakening economy and growing resentment in Russian society, it fully controls the situation.

In fact, Armenia – EU agreement has little chance to weaken Russian control over Armenia in the foreseeable future, as the main leverages for Russia are connected with hard security where EU has little to offer. Russia’s second attempt to force Armenia to withdraw from negotiated agreements may indeed harm Russia’s reputation. If it were to happen however, it will significantly hurt Armenia’s already tarnished image as a reliable partner and a state with an independent foreign and security policy, and will ruin even the few hopes within Armenian civil society of possibilities of even the slightest improvements in the political and economic life. Thus, as for now, the likelihood of such developments is low, although any major shift in US/ EU/NATO – Russia relations may dramatically change the calculus of Russia, resulting in making Armenia an example.

Dr. Benyamin Poghosyan is the Executive Director of the Political Science Association of Armenia. He contributed this commentary to commonspace.eu