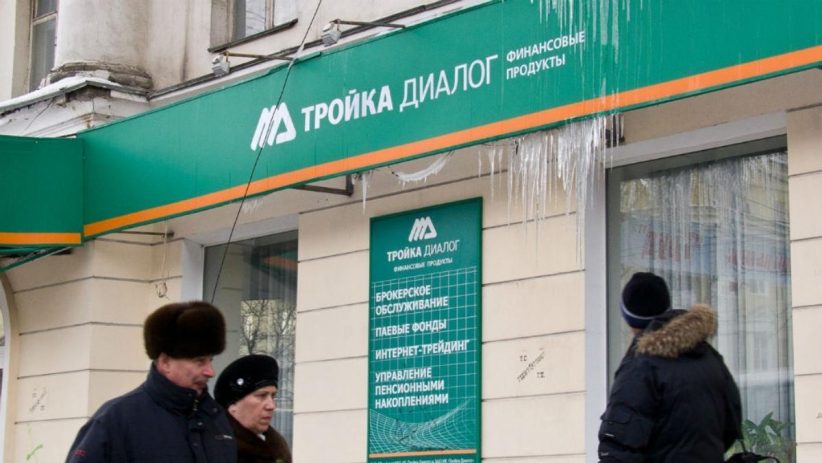 Armenian Hetq news site and 20 Organized Crime and Corruption Reporting Project (OCCRP) partners examined more than 60,000 documents leaked from the Lithuanian bank Ūkio Bankas leading to the discovery that $8.8 billion was laundered through a variety of entities.

The investigation, dubbed “Troika Laundromat”, found that the network operated through Troika Dialog, a private investment bank owned by businessman and philanthropist Ruben Vardanyan. He served as the CEO and controlling shareholder of Troika Dialog from 1992-2012, until it was sold to Sberbank of Russia.

Vardanyan is best known for founding the Initiatives for Development of Armenia (IDeA) Foundation, with his wife Veronika Zonabend. IDeA has gone on to launch and fund the Aurora Humanitarian Initiative, the UWC Dilijan College in Armenia and the Tatev Revival Project.

The laundering network encompassed a minimum of 80 offshore companies that were involved in fraudulent sale and purchase transactions, as well as loan and investment agreements in order to legalize millions of dollars. The source of the money is unknown.

“This network has not only allowed wealthy and influential Russians to conceal funds from tax authorities, but also allowed the money’s true owners to purchase shares in privatized energy companies like Gazprom,” the Hetq investigation notes.

The British Guardian newspaper, which is part of the investigation, has discovered that the British Prince Charles Charity Foundation received funds from the Russian offshore network. Ruben Vardanyan made a charitable donation to the Prince’s Charities Foundation in November 2009. “There is no suggestion that end recipients of funds were aware of the original source of the money, which arrived via a disguised route. However, the documents indicate that criminal and legitimate money may have been mixed together, making it impossible to trace the original source, before passing through screen companies into the global banking system,” notes the Guardian.

The payment was transferred from an account at Ukio Bank in Lithuania belonging to a shell company registered in the British Virgin Islands – Quantus Division Ltd.

The investigation notes that it is unclear if Vardanyan was directly involved in the scheme. “There is no suggestion Vardanyan did anything illegal, though he may have been an unwitting beneficiary of the flow of money,” says the Guardian.

Can Armenia Adopt Comprehensive Legislation to Protect Its LGBTI Community?