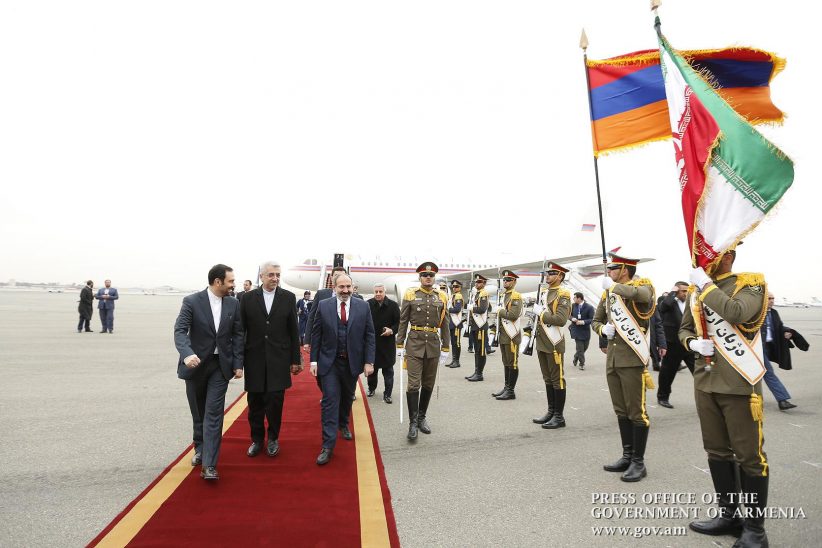 Karen Harutyunyan: Armenia currently has a “gas for electricity” project with Iran, returning 1 kilowatt hour (kwh) of electricity for each cubic meter of imported gas. How realistic is an increase in gas imports from Iran, given the technical factors?

Bedros Terzian: The Iran-Armenia gas agreement currently in force is, in fact, the second such agreement between the two countries concluded after Armenia’s independence. The first one was never implemented because it was too unbalanced in favor of Iran, due to prevailing circumstances. The philosophy of the current agreement, “electricity-for-gas”, is a balanced concept that can be expanded. It requires Armenia to build high performing power plants, so that the conversion of Iranian gas into electricity – part of which will be exported to Iran in order to pay for the gas – is worth it. But Armenia’s gas demand is limited. Most importantly, Armenia should emphasize developing renewable sources of energy, such as solar and wind. These are clean energies and independent sources.

KH: Armenia’s Prime Minister said that the key issue for purchasing Iranian gas is the price. What are the price margins of Iranian gas?

BT: Price matters, of course. For Turkey, the cheapest gas is the one it imports from Azerbaijan, followed by Iran, then Russia. In case of an “electricity-for-gas” type of contract, such as the one that exists between Armenia and Iran, the economic parameters change and they somehow alter the calculation in terms of cost-and-price. It is mainly a matter of proportion between the gas supply and the electricity payment.

KH: “Armenia is ready to be a transit country for Iranian gas,” Pashinyan said. What are the possibilities for this, both in technical and geopolitical terms?

BT: In the early years following independence, Armenia’s supply of natural gas through Georgia was frequently cut, because of sabotage by Azeri gangs. There was no other route for gas supplies to Armenia. At that time, I was anadvisor to the Armenian government for energy matters. My first and strongest advice was to start buying gas from Iran, as a second source of supply, and make Armenia a transit country for Iranian gas to be supplied to Georgia.

Diversifying the sources and the routes of gas is very important for the security of supplies and for the improvement of negotiating positions. In addition, being a transit country brings in some transportation fees. Unfortunately, at that time, Iran was not in a position to supply Armenia with significant volumes of gas. It could supply it only in summer, when its own demand was smaller, because its production was barely sufficient to cover its winter peak demand. Buying summer gas can be interesting (because prices can be lower) if the buyer can store the gas and consume it in winter. Unfortunately, Armenia does not own big storage facilities. Armenia’s aging Hoktemberyan underground facility is a small one, and it is the country’s only one. Today, Iran has more gas available for export, in summer as well as in winter, and it is interested in supplying gas to Georgia through Armenia, while also increasing supply volumes to Armenia itself. Therefore, opportunities exist for Armenia, Georgia, and Iran to negotiate a gas agreement which can be profitable for all parties.

KA: To what extent can US sanctions have an impact on the possible gas deal between Armenia and Iran?

BT: The US is not in favor of Armenia developing ties with Iran. However, the US understands that Armenia is a special case, because it shares a common border with Iran and because its borders with Azerbaijan and Turkey are closed for political reasons. Washington cannot ask Yerevan to severe its trading relations with Tehran as long as it is not in a position to convince Turkey to re-open its borders with Armenia. Furthermore, Armenia is a landlocked country with limited choices concerning its economic partners. In addition, by relying on Iran, Armenia somehow reduces its dependence on Russia. Finally, the volume of trade between Iran and Armenia is limited by international standards. Preserving Armenia’s stability is more important for the US than cutting the small commercial ties between that country and Iran.

KH: Turkey is diversifying its gas supplies and plans to import more liquid natural gas (LNG) from the US, thus attempting to put pressure on its conventional gas suppliers, namely Iran, Azerbaijan, and Russia. How can this influence the regional gas market?

BT: I think that Turkey is playing the US LNG card to improve its negotiating position with its other gas suppliers. Some of Turkey’s long term LNG and gas supply contracts will expire in 2019 and 2020. However, the cost of US LNG supplies to Turkey is high, compared to other supply sources like Russia, Azerbaijan, and Iran for piped gas, and Algeria and Nigeria for LNG. In addition, the volume of US LNG exports is rather limited for the moment, although it is fast increasing. Therefore, while Turkey can certainly improve the terms of its gas supply contracts, these improvements will remain limited.

Read the interview in Armenian

Armenia Ready to be a Transit Country for Iranian Gas