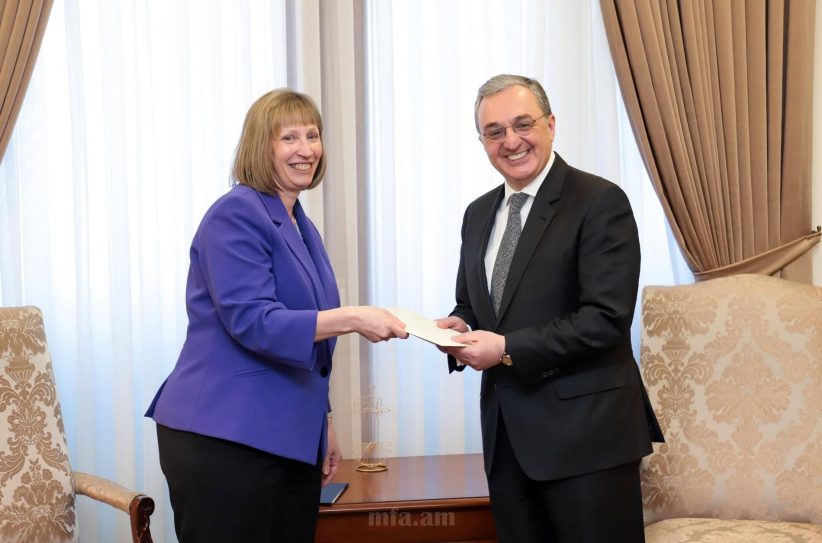 Minister Mnatsakanyan congratulated her on assuming the position and expressed hope that the newly-appointed Ambassador will make a significant contribution to further develop the Armenian-American multidimensional relations.

The Armenian Foreign Minister briefed her on the latest internal political developments in Armenia and the government’s reform process highlighting the continued cooperation with international partners.

In December, Ambassador Tracy stated that she supported the “Velvet Revolution” in Armenia that took place in Spring 2018. She said, however, that she believes Armenia still has work to be done.

“I would continue to support the aspirations of the Armenian people, who are calling for accountable governance, an economy free of unfair and monopolistic practices, respect for human rights and fundamental freedoms, rule of law buttressed by an independent judiciary, and a system of government with strong checks and balances,” she said during a Senate Foreign Relations Committee hearing.

Ambassador Tracy takes over the position of former US Ambassador Richard Mills.