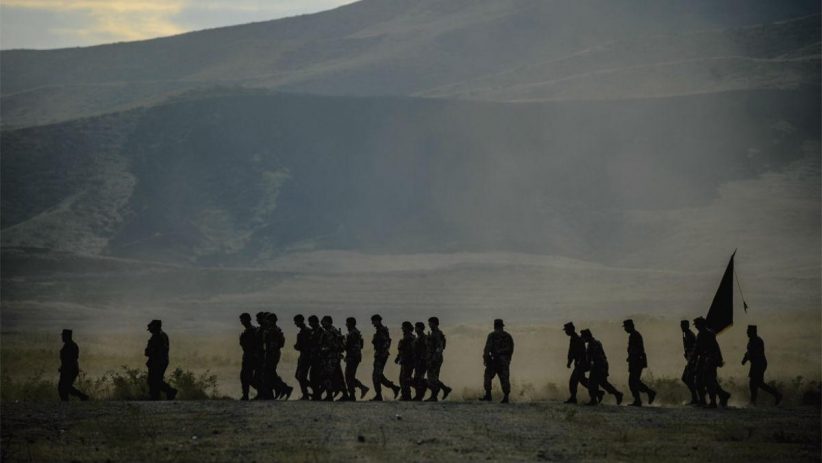 Four Armenian soldiers were killed on the line of contact on Friday and Saturday morning, Nagorno Karabakh Defense Army reported.

Armenian Foreign Ministry issued a statement blaming “the high leadership of Azerbaijan for challenging the international community, first and foremost the Co-Chairs of the Minsk Group.”  “It is obvious that Baku failed to move the peaceful settlement process through its desired path and now it tries to create an illusion of gaining an advantage on the frontline that is also doomed to fail and fraught with unpredictable consequences, primarily to the side initiating escalation of situation,” reads the Foreign Ministry statement.

Nagorno Karabakh Foreign Ministry also issued a statement warning that “the provocations on the line of contact during the last two days are another manifestation of the policy of Azerbaijan aimed at driving the negotiations into a deadlock. It is an open challenge to the efforts towards maintaining peace and stability in the region.”

“Such destructive steps, if not prevented, will lead to dangerous consequences, first of all, for Azerbaijan itself,” reads the statement.

Bako Sahakyan, president of Nagorno Karabakh said that “Azerbaijani provocations will not remain unpunished” and promised to retaliate. Sahakyan made this statement while visiting a northern village of Talish, accompanied by his defense minister and other military.

The violent clash comes days after the Nagorno Karabakh peace mediators of the OSCE Minsk Group visited the region trying to revive the deadlocked peace talks.

European Rebuke a "Severe Blow" to Georgia; Less So to Azerbaijan