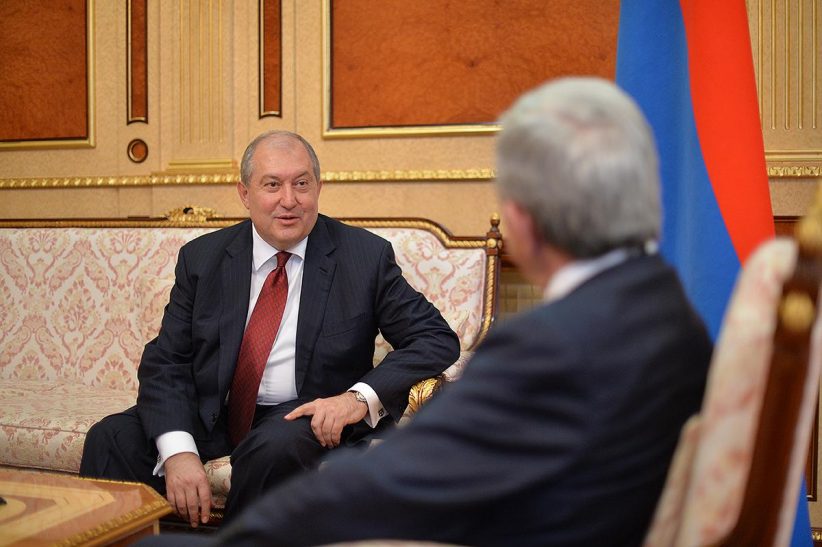 On March 2, the Armenian National Assembly elected Armen Sarkissian as the fourth president of Armenia with 90 of the 101 Members of Parliament (MP) voting in his favor. Ten MPs voted against him and one ballot paper was declared invalid.

– Armen Sarkissian, who most recently served as Armenia’s Ambassador to the United Kingdom, was endorsed for the presidency in February by the ruling Republican Party and their coalition partner in government, the Dashnaktsutyun – Armenian Revolutionary Federation. The Prosperous Armenia Party also voted in his favor.  Yelq did not.

– It is the final move in the country’s transition from a semi-presidential to a parliamentary system.

– Constitutional changes that went into effect after a disputed 2015 referendum provide for  a ceremonial role for the president, and actual governance power to the prime minister. to the  and a much stronger role to the.

Who is Armen Sarkissian?

– He is the former ambassador of Armenia to the United Kingdom.

– At 64 years old, Armen Sarkissian was the only candidate competing for the position of Armenia’s President.

– A former physics professor, he served briefly as prime minister  of Armenia between 1996 and 1997.
His wife, Nune, is a children’s book author.

– He has two adult sons and two grandchildren.

– He is a successful oil and gas consultant.

– Armen Sarkissian has been holding British citizenship since 2000.

– Yelq faction underlined that there is a legal issue with the nomination of Sarkissian because he did not prove he was a citizen of Armenia during the last six years, which is required under the country’s Constitution.

– Yelq faction accused President Serzh Sargsyan of attempting to hold onto power as Prime Minister after serving the maximum two terms as president.

– Elections for Armenia’s Prime Minister are due to take place in April.

– “You are not elected president of Armenia, you are elected a member of the ruling mafia, the ruling clan,” said Nikol Pashinyan, leader of Yelq faction.

– Armen Sarkissian will serve a seven year term until 2025.

– Armenia will have its next parliamentary elections in 2022.

March 1. Ten Years On, with No Accountability for Ten Deaths