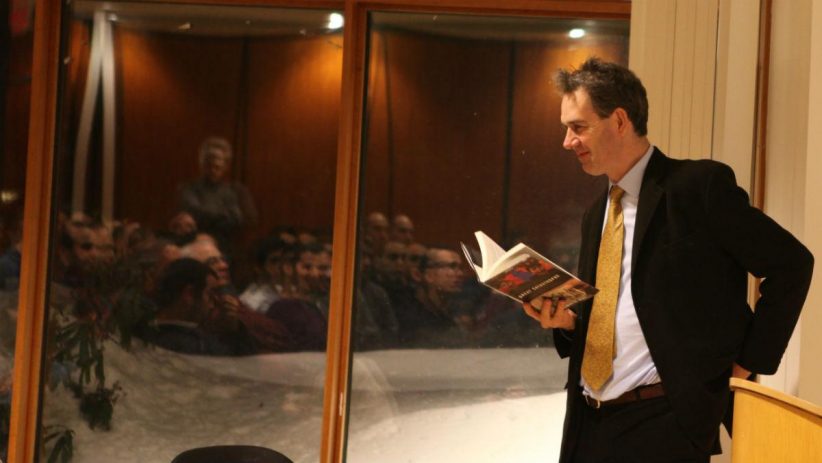 By Thomas de Waal, the article was originally published on the website of the Carnegie Moscow Center

Moscow has never pulled the strings in the Karabakh conflict, but it remains the most influential outside actor. A Karabakh peace process will remain “Project Minimum” for Russia, the United States, and France, unless its key actors, local and international, decide to rethink their strategic priorities.

February 2018 marks the sad 30 anniversary of the crisis in a remote corner of the Soviet Caucasus named the Nagorno-Karabakh Autonomous Region, which precipitated the conflict that persists to this day.

The Karabakh conflict is now an international confrontation between Armenia and Azerbaijan in which two well-equipped armies face each other against the line of trenches known as the Line of Contact. It has mutated from being a dispute about the status of one small region in one country to an interstate contestation between two independent states, fought in world capitals and social media. It exercises minds in Ankara, Brussels, Teheran, and Washington.

There are two constants over the three decades, however. One is that the core issue remains the disputed status of the mountainous territory of Nagorny Karabakh. This was what caused the Armenian-majority Regional Soviet (Oblsoviet) of Nagorny Karabakh to make its unprecedented resolution on February 20, 1988. That vote, boycotted by Karabakh Azerbaijanis, expressed “the wishes of the workers of the NKAO” to ask the Supreme Soviet in Moscow to transfer the region from Soviet Azerbaijan to Soviet Armenia. The resolution—the first of many challenges to the borders between Soviet republics—unleashed a conflict between Armenian and Azerbaijani claims to the same territory, which many fine minds and big powers have failed to reconcile.

The second constant is also there in the text of the resolution of February 20, 1988, and its appeal to the Center. That is the specific role Moscow plays in the Karabakh conflict. For thirty years it has been unwilling arbiter and great-power neighbor, simultaneously indispensable and mistrusted by both sides.

This was a conflict that was not foreseen in Moscow in 1988, and which Mikhail Gorbachev failed to halt. It is painful to read the Politburo transcripts about the February 28 pogroms in Sumgait and how slowly the Center reacted to the outbreak of violence in the Azerbaijani town. (The Politburo discussions are also a reminder that the Sumgait pogroms were not instigated in Moscow, as conspiracy theorists still like to allege. They happened due to a combination of what we now call “fake news” about alleged Armenian atrocities against Azerbaijanis, enraged crowds, and a cowardly local leadership, and were made worse by a lack of decisiveness in the Kremlin.)

Many Armenians and Azerbaijanis believe to this day that Moscow “pulls the strings” of the Karabakh conflict. That is a forgivable illusion in two small nations for which the former colonial power still looms large. It is a less forgivable mistake among some Western commentators, who lazily lump all the conflicts in the post-Soviet periphery together, missing important differences between them.

A specific feature of the Karabakh conflict is that Moscow—or rather certain actors in Moscow who had more influence at a given moment—has certainly manipulated it, but always from a position of weakness. Different Russians backed both sides during the conflict of 1991–1994. Different groups in Moscow still lobby for Armenian and Azerbaijani interests.

Yet throughout these thirty years, Armenians and Azerbaijanis—for whom Karabakh remains their Number One national priority, rather than one of twenty foreign policy issues—have always defined the shape of the conflict they share. When it suits them to reject Russian interference, they do so, as both sides did in 1994, when they jointly sabotaged plans for a Russian peacekeeping force on the Line of Contact, after a Russian-brokered ceasefire was signed to end the fighting.

Since Vladimir Putin has been in office, Russian policy on the conflict has become much more conservative. One of Putin’s first actions as president was to work to repair the damaged Azerbaijan-Russia relationship, which had been extremely poor under Boris Yeltsin. Since then, he has always indicated that he values equal bilateral relations with Baku and Yerevan and is reluctant to “take ownership” of the Karabakh conflict.

In 2004, Putin said, “We cannot take responsibility on ourselves and get sucked into this conflict, which may drag on for many years.” In 2010, he stated, “We cannot force the sides to take a decision and we cannot put pressure on them.”

Essentially, the Russian position is: We would like to see the Karabakh conflict resolved, especially if that can preserve or enhance Russian influence in the region, but we will not try to impose a resolution, as that will only damage our relationships with Baku and Yerevan.

That position means Moscow can continue to make promises to both sides and even earn millions selling both of them weapons which they point against each other. It means that Russia conspires in a secretive, top-down, slow-moving negotiating process, led by presidents Ilham Aliyev and Serzh Sargsyan, which lacks key elements of a genuine peace process: a bilateral channel between the two sides, substantial discussions on the big issues, the involvement of society as a whole.

For that reason, Moscow’s position on the international context of the Karabakh conflict also strongly differs from its position on Abkhazia, South Ossetia, or Ukraine. Moscow certainly wants to keep its leading role as a co-chair of the OSCE’s Minsk Group, mediating the conflict, but it also wants to share the burden of responsibility with Western powers.

There is a problem, however. A conservative approach can manage a smoldering conflict, where neither side wants to go back to war. It does not work so well when the two adversaries start fighting one another. When the ceasefire broke down in April 2016 and Armenians and Azerbaijanis went back to war for four days, Moscow found itself in an uncomfortable position, being blamed by both sides. The Azerbaijani side was angry at Russia’s intervention to try to impose a ceasefire. The Armenian side was angry that Russia was not honoring its military alliance with Yerevan and coming to their defense. An Azerbaijani cartoon depicting Putin as gloating over the conflict he had created was very wide off the mark.

In the aftermath of the “four-day war” of 2016, Russian Foreign Minister Sergey Lavrov redoubled his diplomatic efforts in 2016, assisted by his U.S. counterpart John Kerry. Lavrov appears to have a somewhat different perspective from Putin, believing that a phased resolution of the conflict that begins with restoring transport communications in the region can make the situation around Karabakh less dangerous while simultaneously enhancing Russian interests.

Yet, when the Armenian and Azerbaijani presidents evidently decided in the second half of 2016 that a real peace process was too risky for them, international high-level interest fell away again.

Russia’s strategy—manage the conflict, keep up good relations with both Baku and Yerevan, strive to maintain the ceasefire—sets the tone for overall international engagement with a conflict universally perceived as being intractable. It can be described as “Project Minimum.”

France and the United States, the two other co-chairs of the Minsk Group, have made occasional high-level interventions, when they have sensed an opportunity to convince Armenian and Azerbaijani leaders to reach an agreement. Washington in particular has occasionally aspired to a more active role.

But, like Moscow, Washington and Paris also evidently do not want to take on responsibility for a conflict where not so many people are dying, the television crews are not filming, and, most importantly, the conflict parties show little resolve to close their differences. Until the leaders of Armenia and Azerbaijan and of Nagorny Karabakh itself signal more readiness to work together on a common solution, most diplomats will choose to steer clear. In that respect, the Minsk Process has become a kind of Bermuda Triangle of Baku, Yerevan, and Moscow (a Rectangle, if you include the Karabakh capital Stepanakert), in which good intentions, ideas, and well-meaning diplomats disappear into the mists.

All conflicts do end, eventually. The hope for the Karabakh conflict as it enters its fourth ruinous decade is that it will come to be resolved because the actors in it rethink their strategic priority. The alternative—that another round of fighting forces Moscow and its Western partners to try to impose a solution on Armenians and Azerbaijanis—would entail the sacrifice of more lives to bring the sad story to a better conclusion.

Tom de Waal is a senior fellow with Carnegie Europe, specializing in Eastern Europe and the Caucasus region.

Raising Tensions Around Iran: Should Armenia be Concerned?