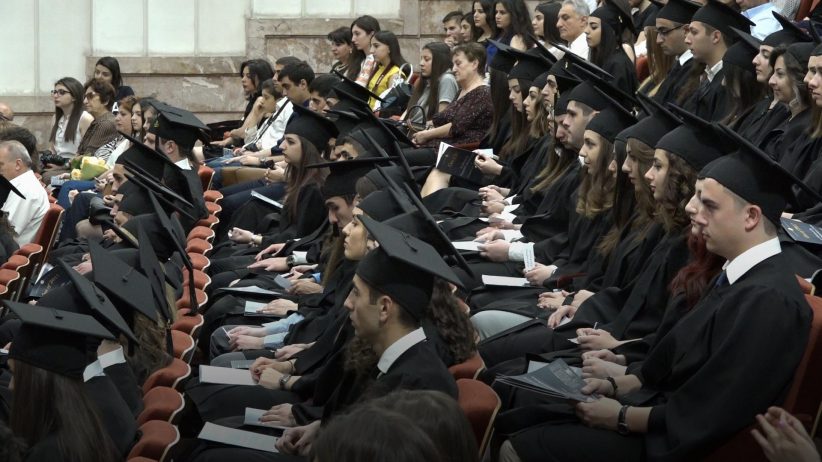 On June 3, 2017, the American University of Armenia celebrated the graduation of its first ever undergraduate class. The university was founded in 1991, during a period of immense economic and social upheaval in Armenia. The undergraduate program began in 2013, with the goal of introducing interdisciplinary approaches to higher education.

AUA’s curriculum emphasizes both hard and soft skills that students apply in the workplace and in their personal relationships. University President Armen der Kiureghian said every course in the program was offered for the first time, and students provided feedback that future classes will benefit from.

“Our educational approach makes sure that they are critical thinkers,” der Kiureghian said. “They just don’t accept knowledge given.”

Students graduated in three majors: business, computer science and English and communications. The commencement ceremony represents an educational milestone for Armenia, which marked 25 years of post-Soviet independence in 2016.

On graduation day, students expressed their commitment to investing in their country’s future. Gurgen Hakobyan, who majored in English and communications, said he will use his AUA degree to become “a more important member of society.”

“I see many bright people, many young people, that surely will bring changes to Armenia,” Hakobyan said.