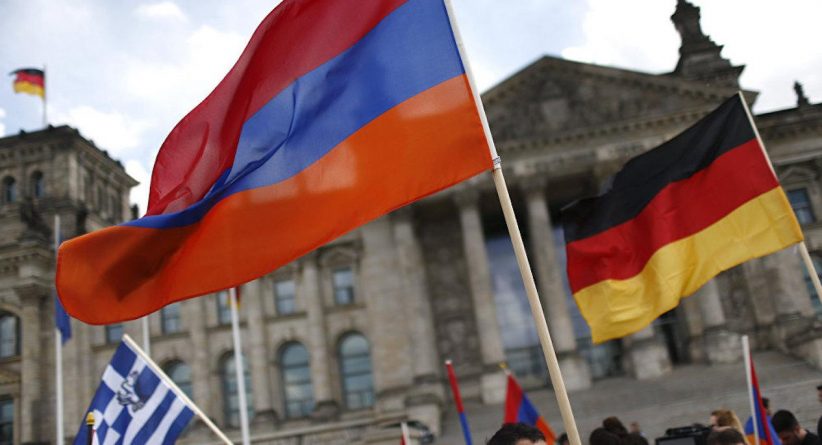 An article published in the LA Times, “Fundraiser Draws On Common Identity”, tells a story of how a meet-up for traditional Armenian soup, Khash, can turn into a fundraising event. The event is organized annually by young Armenian professionals in Los Angeles to collect money for the families of fallen soldiers, building of schools, supporting children’s centers in Armenia and Nagorno-Karabakh. It is a reminder of an extensively overlooked topic in diaspora studies: non-official philanthropic practices.

There are other similar examples. During one of their usual coffee-drinking meetings, three Armenian neighbors in the Netherlands came up with the idea of providing modest support to their homeland. As a result, they developed a non-official network of approximately fifty acquaintances that, on a monthly basis, collect money for vulnerable families and communities in need. Similarly, an Armenian woman in Chicago took “unofficial guardianship” of a child from a border region of Armenia during the independence years. She transferred monthly allowances to family until the child reached adulthood. They met in person only twenty-five years later, she as an old woman and the child as a grown-up man.

Non-official diaspora philanthropy practices that are made-up of networks of neighbors, friends, acquaintances, and at times even transcend ethnic networks are an essential part of the current Armenian diaspora.

Trust, connectedness, reputation and social accountability are at the basis of non-official philanthropic practices. Founders and participants of these networks include “non-elite” diaspora Armenians who are not affiliated with official diaspora institutions; therefore, their activities remain more or less unnoticed.

The role of trusted individuals who are in charge of collecting money is central to these networks. They can be young professionals who are trusted in their community because of their successful careers and education, or teachers of diasporic Sunday Schools who have the trust of the students and their parents. These “trusted people” are usually connected to individuals or organizations in the homeland who can identify the needs and deliver money to targeted recipients.

The reputation of people and organizations who are in charge of delivering money can have a significant influence on the amount of remittances that flow as well as on the group of people that choose to remit. Both success and failure of these initiatives largely depend on the reputation of individuals who lead these activities.

These mechanisms do not necessarily have any legal value; however, it proves the trustworthiness and transparency of the network. It ensures the feeling of satisfaction and mutual encouragement that plays an essential role for maintaining a good reputation and ensuring continued philanthropic support from the diaspora.

Even though diaspora aid can at times have immature characteristics and lack “reliable“ needs assessment mechanisms, these practices are worth studying. They bring into the spotlight diaspora’s realities, priorities and networks.

Nare Galstyan is a Ph.D. Candidate in Sociology and Methodology of Social Research at the University of Milan.