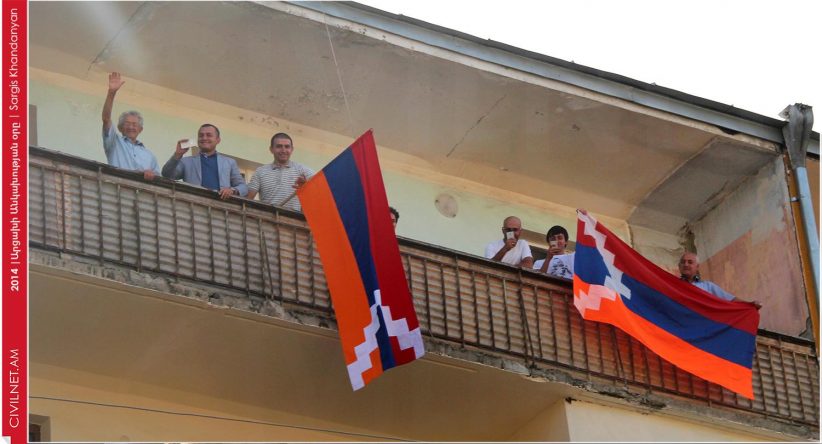 Armenian Prime Minister Nikol Pashinyan had an informal meeting with Azerbaijan’s President Ilham Aliyev on the sidelines of the World Economic Forum in Davos.

According to a press release from the Armenian government, the two exchanged views on the current status of the Nagorno Karabakh conflict settlement negotiations and prospects for a mutually acceptable resolution.

There was skepticism as to why the meeting was not announced beforehand and whether it was planned in advanced or not. On January 23, Pashinyan talked about the informal meeting with his Azerbaijani counterpart in a Facebook Live video. He said that this was their third meeting together, and like the previous ones in Dushanbe and St. Petersburg, this one too was not planned in advance.

“In this context, we do not discuss any concrete details. We exchange thoughts,”  Pashinyan said. He also noted that “the main axis of the discussion is everything that has been spoken publicly.”

Foreign Minister of Azerbaijan Elmar Mammadyarov and his Armenian counterpart, Zohrab Mnatsakanyan, met on January 16 in Paris, along with representatives from the Organization for the Security and Co-operation in Europe (OSCE) Minsk Group, the international body tasked with facilitating negotiations between the two sides. It was the fourth meeting between the two ministers since last year’s “Velvet Revolution” in Armenia.

During the January 16 meeting, the co-chairs of the OSCE Minsk Group welcomed steps toward a dialogue between the two countries. The co-chairs expressed their appreciation for the ongoing efforts to maintain an environment conducive to intensive results-oriented negotiations.

The two sides are locked in an unresolved conflict over the territory of Nagorno Karabakh, which has caused ongoing hostility following a war that took place from 1998 to 1994.