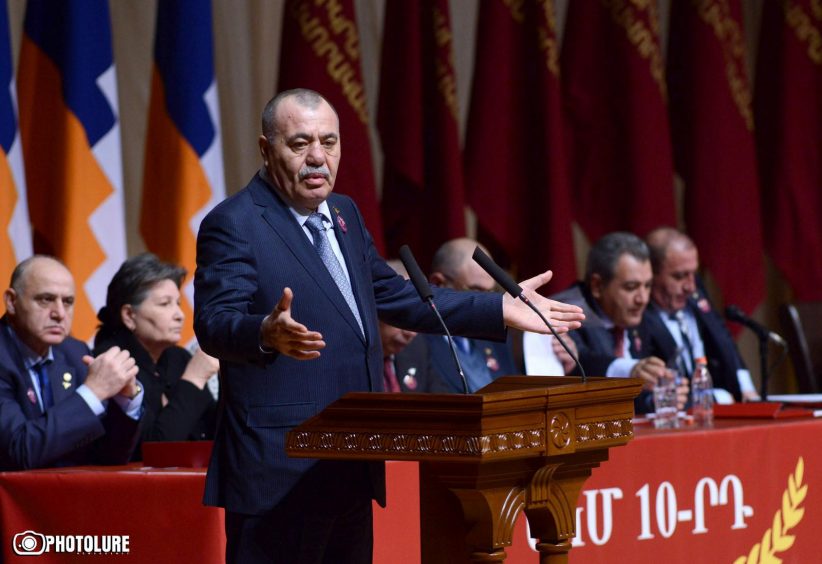 Former member of Armenia’s parliament, General Manvel Grigoryan, will be arrested once again, according to a January 22 announcement by the Criminal Court of Appeals. Grigoryan was initially detained on June 16 following an operation by the National Security Service of Armenia (NSS) that found he was involved in mass-scale corruption and was in illegal possession of firearms and ammunition.

The NSS inspected two properties owned by Grigoryan in June and in addition to weapons, found boxes of donated medical supplies, food and clothing that were meant to be distributed to soldiers during the April 2016 “Four Day War” in Nagorno Karabakh. The NSS claimed that Grigoryan used the food supply to feed animals at his personal zoo, which gained much public attention in Armenia and the Diaspora.

On December 21, Grigoryan was freed from pre-trial arrest on $51,600 bail, a ruling appealed by the Prosecutor General’s Office. Grigoryan’s release triggered a mass protest by residents of his hometown of Etchmiadzin.

Grigoryan is a wealthy businessman from the city of Etchmiadzian. By mid-2000, he was known as a local leader, holding the “holy city” under family patronage. His son, Karen Grigoryan, was the mayor of Etchmiadzin.

Grigoryan was part of the National Assembly’s former ruling party, the Republican Party, led by ex-President Serzh Sargsyan. He was called the “Hero of Artsakh”  because he was a prominent veteran of the Nagorno-Karabakh War. He served as Armenia’s Deputy Defense Minister from 2000 to 2008.

Read More: EU, World Bank to Allocate Over €730 Million for Projects in Armenia