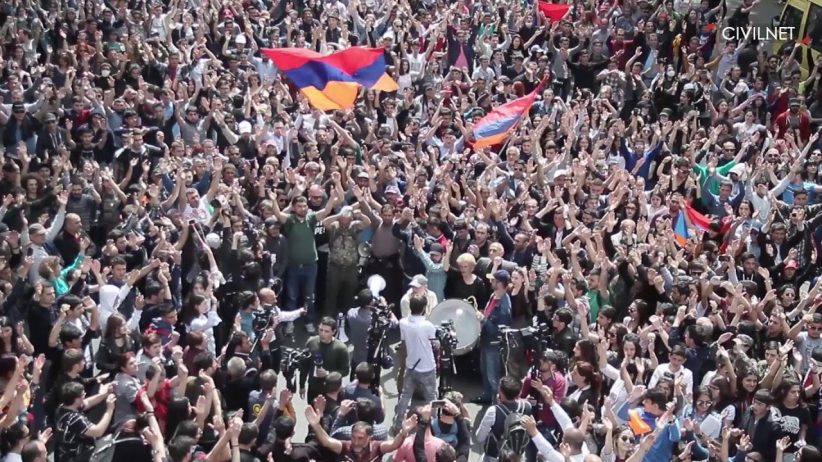 Following the Velvet Revolution in April, Armenia held snap parliamentary elections on December 9. Prime Minister Nikol Pashinyan led the revolution with the demand of establishing transparency in the country’s government.

Prior to the Velvet Revolution, the downfall of former President Serzh Sargsyan and the decline of the ruling Republican Party, elections in Armenia were widely understood to be corrupt.

According to Transparency International, the elections in Armenia had a range of irregularities, such as abuse of administrative resources, creation of unequal conditions for candidates and political parties, vote-buying, voter intimidation, falsification of results and the suppression of free will of the electorate.

The Norwegian Helsinki Committee (NHC) has been working with civil society in Armenia since 2006 to support organizations and to monitor elections. Lene Wetteland, head of the NHC Russia department and specialist on Armenia, has been monitoring events in Armenia since 2008. She has also monitored elections in Russia, Kyrgyzstan, Tajikistan and Ukraine, where she has observed similar corrupt election processes.

Wetteland, however, who monitored Armenia’s snap parliamentary elections this past December, reports that things were different.

“For these last elections, also for the mayoral elections in September, I couldn’t see [those groups of men] anywhere. This was such an important change,” she said.

She reported that there was less corruption, an active civil society and a vast exchange of information.

In Wetteland’s 2018 report for the NHC entitled “Following Europe’s newest democracy,” she wrote that elections observers saw people coming to the polling stations by themselves, without being intimidated by outsiders. She also noted that there were some technical challenges documented, or cases where family members wanted to help each other, but she called these “only individual cases, and unsystematic.”

Wetteland said it has been interesting to see activism grow and develop in Armenia, from the Teghut Mining Project protests in 2010 and the Mashtots Park protests in 2012, to the Velvet Revolution in 2018.

“Previously, when you were talking about 60 percent turnout, those were forced and paid, whereas now people were coming voluntarily by their own transportation,” said Wetteland.

Due to severe poverty and unemployment, many people on the voters lists live and work abroad and do not qualify to vote in accordance with Armenia’s electoral code.

“Additionally, the election fraud was so all-encompassing previously, that the artificial high turnout of more than 60 percent used for comparison was a result of coercion, threats, vote buying and carousel voting at several polling stations,” Wetteland wrote.

Carousel voting is a method of rigging votes during elections that involves taking busloads of voters around to cast votes several times.

Wetteland said Armenia now needs as much support as it can get to succeed in its development as a democratic country.

“This [support] should come from Europe,” she says.

Wetteland wrote that it is now important that civil society takes on the responsibility to be clean on where there is a need for improvement, to help authorities ensure that Armenia is better for everyone, including religious and sexual minorities, and to hold the Armenian authorities accountable.

“Democracy has not just been won through the revolution. Democracy is a really complicated issue and the work starts now.”