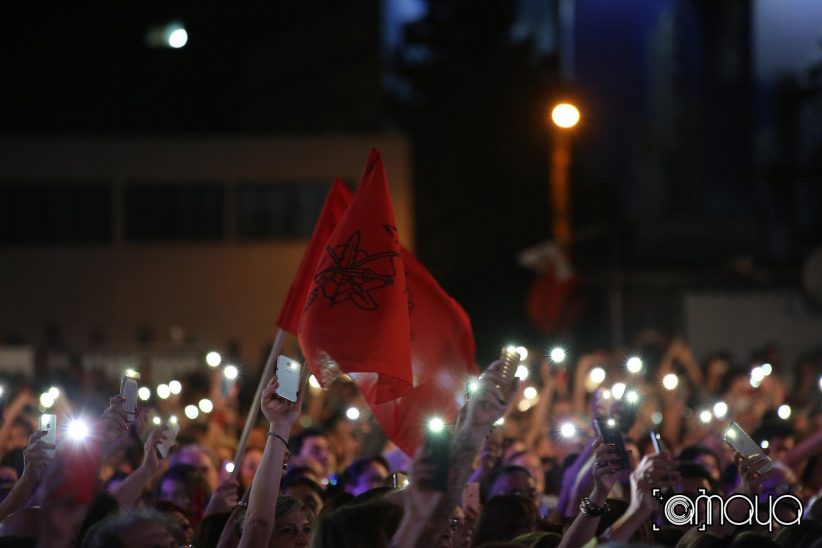 The 33rd World Congress of the Armenian Revolutionary Federation (ARF) will be held on January 16th to 24th, 2019 with more than 100 delegates from all regions of the organization, as well as guests from around 30 countries. The opening of the World Congress took place on January 16 at 11 AM in the session hall of the Artsakh Republic National Assembly.

The ARF World Congress will discuss the activities of the ARF for the past four years, determine the strategy and plans for the party’s coming years. At the end of the meeting, the new executive body of the party, ARF Bureau and its representative will be elected.

Since the ARF’s top executive body, the Bureau, moved from Athens to Armenia, all of the party’s World Congress meetings from 2000 and onwards, have been held in Tsaghkadzor, with only one in Dilijan.

The general meetings are usually held every four years, except during special circumstances.

The numerical composition of the Bureau changes. The last executive Bureau was composed of 11 members, four of them from Armenia (Hrant Margaryan, Armen Rustamyan, Giro Manoyan, Spartak Seyranyan), two from Lebanon (Benjamin Pchakjian, Hakob Khacheryan), two from the United States (Viken Yacoubian, Khatchig Mouradian), one from Iran (Vigen Baghumyan), one from France (Murad Papazian) and one from Canada (Hakob Ter-Khachaturyan).

Since 2000, Hrant Margaryan has been the chairperson of the Bureau.

The first and second ARF World Congresses were convened in the party’s birthplace of Tiflis in July-September 1892 and in April-June 1898 respectively. The founding meetings of the ARF in July-August 1890 were held in Tiflis, which was then the center of the Viceroyalty, a part of the Russian Empire.

The next three World Congresses of the party were convened in the territory of the Ottoman Empire. The sixth meeting was in August-September 1911 in Constantinople, and seventh and eighth in Karin/Erzerum in August 1913 and July-August 1914, respectively.

In its 129-year history, this is the only time when an ARF World Congress has been held just one year after the previous one.  This was also the period preceding the First World War and the Armenian Genocide. At the eighth World Congress of the ARF, the party decided to take a neutral stance on WWI.

The ninth Congress of the party took place in 1919, September 27 – October 30, in Yerevan and was the first to take place while Armenia was an independent country. The role of the ARF in the establishment and management of the Republic of Armenia was significant. In that ninth meeting, a decision was made to destroy the Young Turk criminals, who had planned and committed the Armenian Genocide. Several dozens of Young Turk criminals, including Talaat Pasha who was a key organizer of the genocide, were killed by ARF revengers.

The next three meetings of the party were convened in Paris, where the rulers of the First Republic of Armenia were mainly based. The 11th World Congress took place from November 1924 to January 1925, the 12th in March-May 1929 and the 13th in February-March 1933.

Before Armenia gained its independence in 1991, the ARF declared its own re-establishment in Armenia in August 1990. The 25th World Congress was scheduled to begin on June 29, 1992, but first president of the Republic of Armenia, Levon Ter-Petrossian, in fact banned it. On the eve of the meeting, Bureau chairman Hrayr Marukhian was forced to leave Armenia. The ARF then held its interrupted 25th meeting in Paris in October of 1992.

In 1998, the ARF restarted its activities in Armenia and a number of political figures, such as Hrant Margaryan, received freedom. From 1998 to 2018, for the two decades in which Armenia had its second and third presidents Robert Kocharyan and Serzh Sargsyan, the ARF was a part of Kocharyan’s and Sargsyan’s coalition governments, except for several periods like Armenian-Turkish football diplomacy.

In April of 2018, the ARF supported then-president Serzh Sargsyan’s unpopular candidacy for the position of prime minister, in this case the head of the country. On April 23, Sargsyan resigned amid pressure during the country’s Velvet Revolution, and two days later the ARF left the coalition it was in with Sargsyan’s Republican Party of Armenia. Two weeks after that, the ARF became part of Prime Minister Nikol Pashinyan’s government, which lasted until October.

On December 9, 2018, the ARF took part in the snap parliamentary elections and did not overcome the 5 percent threshold, receiving 3.9 percent of the votes.

Putin Congratulates Pashinyan on His Appointment as Prime Minister