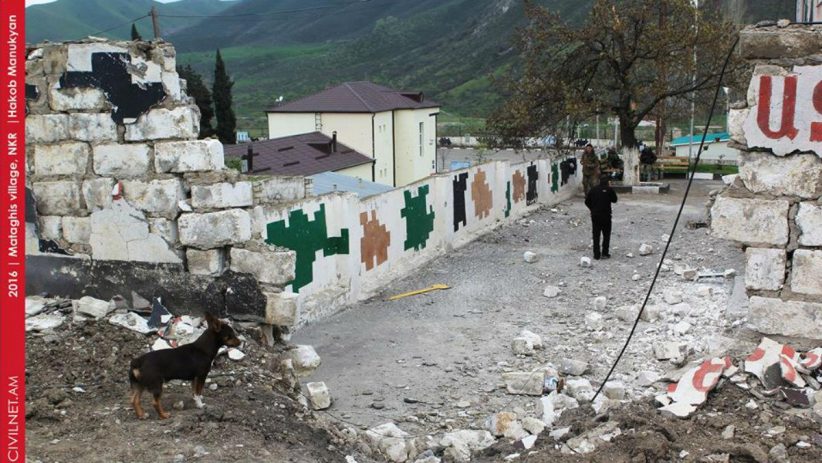 Tom de Waal, author and senior fellow with Carnegie Europe, says that although Russian mediation is important in Nagorno Karabakh, there will be no progress in the solution of the conflict with solely Russian Foreign Minister Sergey Lavrov’s involvement.

At a press conference hosted by Media Center Yerevan, De Waal, participating via Skype, discussed the hopes, fears, and expectations from both Armenians and Azerbaijanis one year after the April War of 2016, which was defined as the worst escalation of violence since the 1994 ceasefire.

Four days after the April War, on April 5, 2016, the two sides agreed to a verbal ceasefire, which was mediated by Foreign Minister Lavrov. Despite Russia’s involvement in the region, De Waal remarks that for the parties to reach a final solution, the involvement of U.S. and France is a necessity.

Read More: Nagorno Karabakh: The Plan on the Table

De Waal acknowledged that re-engaging the U.S. and France as mediators in the conflict is a difficult task. Recently, France has minimized its involvement in the region and the administration of U.S. President Donald Trump seems to be lacking a serious foreign policy agenda in the region. This, in turn, creates a vacuum that is being filled by Russia.

Commenting on the harsh rhetoric coming out of Azerbaijan, De Waal said it is important to understand that Azerbaijan is not an open society, so we only hear the official voice, normal people don’t want war. Secondly, Azerbaijan is a society which is in deep frustration about the loss of territories.

“Let’s not talk about Karabakh. At the end of the day, Karabakh will have some type of Armenian self-rule, whatever that may look like. But it is the occupied territories which must be discussed. Frustration grows when [Azerbaijanis] don’t hear anything from Armenia regarding the return of those territories,” said De Waal.

Although the prospect of escalation of violence is always high in the region, De Waal highlighted that there is no alternative to a political solution, and there is a strong basis for diplomacy present.

Tom de Waal is a senior fellow with Carnegie Europe, a think tank specializing in Eastern Europe and the Caucasus region.

He is the author of Black Garden: Armenia and Azerbaijan Through Peace and War (2003), which has been translated into Armenian, Azeri, Russian, Turkish.