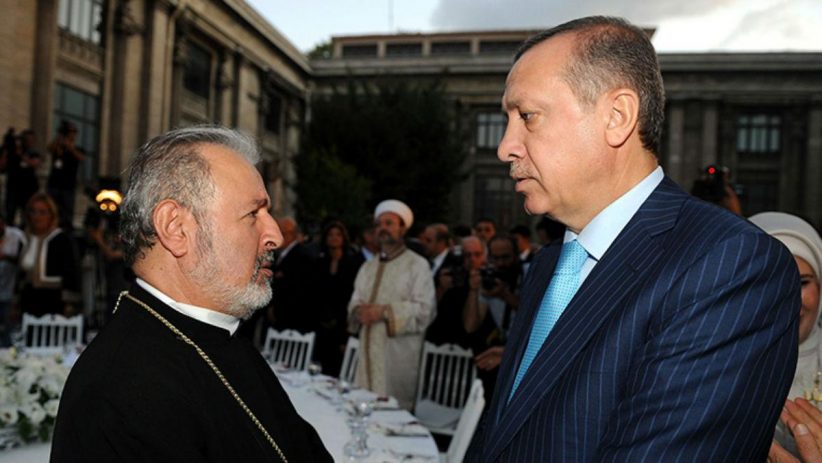 The election process of a new Armenian Patriarch in Turkey faces the customary state-imposed restrictions, administrative hurdles and arbitrary treatment of the Armenian community. In recent weeks, the situation has been exacerbated by personality clashes and ambitions of the high ranking clergymen at the Patriarchate, who have turned a problem into a divisive major crisis.

The 556-year old Patriarchate is one of the four Hierarchical Sees of the Armenian Apostolic Church.

The problem facing the Armenian community started in July 2008 when the 52-year-old serving Patriarch Mesrob Mutafyan was officially diagnosed with an incurable illness. By then he had been in a vegetative state for some time at the Surp Pirgic Hospital and remains so ever since.

In 2010 Archbishop Aram Atesyan was appointed Patriarchal Vicar with the consent of the Turkish government. This temporary arrangement until the election of a new patriarch turned into an indefinite status quo. The continued uncertainty without a clear sight of elections caused controversies and division within the community.

Under pressure and protests, in order to clear the path of organizing new elections, in October 2016 Patriarch Mesrob was officially declared “retired” by the Patriarchate’s Religious Council.

Archbishop Aram, who was supposed to head the election process, by seeking the government’s permission as a first step, continued to drag on the uncertain situation, which had left the community without a functioning patriarch for almost nine years.

In February of this year, the tensions and internal disagreements, both among the clergy and the laity, reached to a boiling point. Bishop Shahak Mashalian, the chairman of the Patriarchate’s Religious Council, resigned by publishing a fiery letter. He blamed Archbishop Atesyan and certain lay leaders of the Armenian community for the deepening stagnation of the Patriarchate and the community in general.

The highly explosive situation created by Mashalian’s resignation was defused through the mediation of the Catholicos of All Armenians who invited the three bishops of the Patriarchate to Etchmiadzin for consultations and to jointly seek solution to the crisis.

Within days after their return from Etchiadzin, on 15 March, Archbishop Karekin Bekdjian — the most senior bishop of the Patriarchate and the serving Primate of the Armenian Church in Germany — was elected Locum Tenens (deghabah) by 2/3 votes of the Religious Council. According to the agreement reached in Etchmidazin and in accordance to the rules and traditions of the Armenian Church, Archbishop Atesyan was to step down as Patriarchal Vicar immediately after Bekdjian’s election.

However, within minutes of the election of the Locum Tenens, Atesyan produced a letter from the Istanbul Governor’s Office which declared that the election was “not legally possible” and Atesyan remains to be recognized as the official Patriarchal Vicar by the government.

Many in the community, including two Armenian MPs in the Turkish parliament, consider the Istanbul Governor’s Office letter crude meddling and lacking any legal and procedural basis. Archbishop Atesyan and his small circle of supports insist that without the government’s consent no election is valid. This has created a stalemate and tensions are high on all sides.

The Turkish government’s meddling in the process of election of the 85th Patriarch of Istanbul and All Turkey is inevitable, as in the past, but not decisive. The community has the ultimate say as it did nearly 20 years ago.

Government interference in the election is not only about setting procedures

The last four patriarchal elections in 1950, 1961, 1990 and 1998 were carried out by official directives issued by successive Turkish governments. Since 1923, the government has used state discretion rather than church bylaws as the basis of patriarchal election. All four elections were fraught with government interference, procedural burdens imposed on the community and torturous recognition.

In 1998, the Turkish state refused to approve an election date for some five months, depriving the Armenian community the freedom and inherit right to vote for a new church leader.

Government interference in the election is not only about setting procedures.

During the last election almost 20 years ago, the Armenian community was informed through informal channels that between the two eligible candidates the Turkish state preferred the 72-year-old Archbishop Shahan Sivajian over the charismatic and US-educated Archbishop Mesrob Mutafyan, who was 42 years old at the time.

After the death of Patriarch Karekin Kazanjian (1990-1998), 45 representatives from 38 districts in Turkey had met at the Armenian Patriarchate in March 1998 and elected a 21-member Electoral Committee responsible for organizing the elections. One of the main tasks of such a committee is to negotiate with the Istanbul Governor’s Office for the state required permission to hold church elections.

On 28 April 1998, the Istanbul Governor’s Office ordered a halt to the plans without explanations until further notice. Nevertheless, the community went ahead with the election of a Locum Tenens (deghabah).

An old script is being staged with new actors today.

Similar to the scenario played out on 15 March, in August 1998 Archbiship Mesrob Mutafyan was duly elected Locum Tenens, but the government refused to recognize him, arguing that under Turkish law the eldest and most senior cleric — Archbishop Sivajian at the time — must fill the interim post until a successor is elected.

Media outlets were used to put pressure on the community. The rightwing Turkish media launched a slander campaign against Mutafyan, accusing him of anti-Turkish activities. In one case, Mutafyan filed and won a lawsuit for libel against “Turkiye” newspaper.

The Patriarchate protested the state’s orders to no avail. On the contrary, the government responded with two more memos declaring Sivajian the only recognized interim leader and warning that any resistance to this decision would be prosecuted under the law.

After months of state interference and delays, the Governor of Istanbul — having received the mandatory approval of the Council of Ministers — permitted the 60,000-strong Armenian community in Turkey to proceed with the election on 14 October 1998.

The General Assembly of the Armenian Church Community — made of 10 clergymen and 79 lay delegates representing 15,811 church members — elected Archbishop Mesrob Mutafyan as the 84th Patriarch of Istanbul and All of Turkey. The other candidate, Archbishop Sivajian, whose candidacy was supported by Turkish authorities, received 15 votes.

It is not a secret that the government maintains strict restrictions on the Armenian Church’s activities, as it does on all Christian churches in Turkey. After the coup in 1960, the government dismantled the Armenian Community Central Council, the highest lay body in Turkey, which worked for the interests of the community alongside the Patriarchate. In December 1997, the government ordered the Patriarchate to disband its council of lay advisors and forbade lay delegates from participating in the election for a new Catholicos in Etchmiadzin in 1995. The list of restrictions is long and far reaching. In 1971 the state ordered the closure of the Holy Cross Armenian Seminary, which deprived the Patriarchate of training future priests and church workers.

Read More: The ‘Other’ Citizens of Turkey: Hratch Tchilingirian discusses discrimination against Armenians.

For 94 years since the founding of the Turkish Republic, the state has persistently curtailed, tightly controlled and closely monitored all the significant rights of the Armenian community that are essential to the viability of their collective life. More than any other area, elections and administration of churches and charities have been most torturous and energy-sapping for the declining Armenian community in Turkey.

The election of the 85th Patriarch of Armenians in Turkey will, no doubt, be held true to precedents established by the state. But, in the end, as in previous elections, the Armenian community shall have the final word as to who will lead the historic See of the Patriarchate of Constantinople — or per Turkish state’s sanctioned title, the “Patriarchate of Istanbul and All Turkey.”