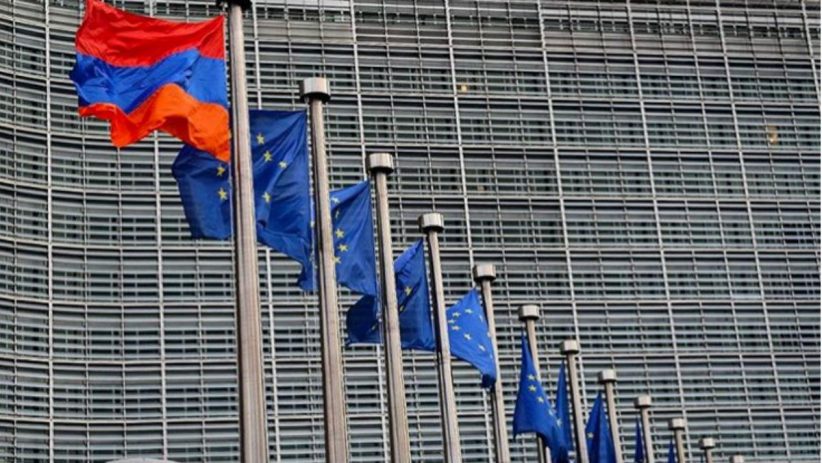 On December 1, amidst the EU-Armenia negotiations on the Comprehensive and Enhanced Partnership Agreement, the European Union announced an assistance of seven million euros to close the identified financial gap that will help ensure a smoother electoral process during Armenia’s parliamentary election on April 2, 2017.

In an Interview with CIVILNET, Head of EU Delegation to Armenia, Ambassador Piotr Świtalski, encouraged voters to go out to the polls on election day, promising that the EU will do everything it can to make sure their vote will count. Ambassador Świtalski mentioned that Europe has a strong interest in taking qualitative steps towards democratic development in Armenia.

Of the seven million euros allocated by the EU, four million will be used for voter identification technologies, the fund for which will be managed by United Nations Development Program (UNDP). Two million of the funds will be passed to the government to install video cameras to live stream polling stations. The rest of the funds will be used by civil society programs, including election observation initiatives.

This will be Armenia’s first parliamentary election since the signing of a 2015 referendum, which transformed the country’s governing system from a semi-presidential to a parliamentary one. The highly contested referendum, initiated by President Serzh Sargsyan, was marked by electoral violations, ballot box stuffing, and intimidation. Opposers of the amendment insisted that the purpose of the change is to enable President Sargsyan, who is finishing his second and last term as president, to reinvent himself in a new position in the new system of government.

Responding to a question about EU’s response to current and future voter intimidation related violence, Ambassador Świtalski ensured that the EU is paying close attention to law enforcement agencies, police, and the investigation committee to minimize such incidents.

The European Union anticipates that the expansion of EU-Armenia relations will create an incentive for the government of Armenia to ensure an election that is not marked by voter fraud, intimidation, and abuse of administrative resources.

Ambassador Świtalski pointed out that for Armenia, good elections mean new opportunities for cooperation with Europe, including monetary and project assistance. If the election process is consistent with expectations, EU will transfer an additional 1 million euros to Armenia’s government budget.

In addition, although the newly negotiated Comprehensive and Enhanced Partnership Agreement is final in its political substance, the implementation of the agreement will depend on how democratic processes, economic and social reforms are proceeding in Armenia.

Despite heavy investment in the April 2 election, EU representatives stress the importance of citizen observers, the media, and the civil society in ensuring transparency and accountability in both the use of funds as well as the electoral process in general.

Despite a drawback in EU-Armenia relations in 2014 when Armenia formally joined the Russia-led Eurasian Economic Union (EEU), a new track of partnership has been opened.

On February 26, 2017, EU-Armenia negotiations on the Comprehensive and Enhanced Partnership Agreement successfully concluded, to be followed by a technical process which will lead to the signing of the agreement in the near future.

Armenia became part of the European Neighborhood Policy in 2004, through which it maintains EU assistance as well as cooperation in areas of mutual interest.

There is no perfect cinematic representation of history: Alessandro Ago on Armenian Genocide films