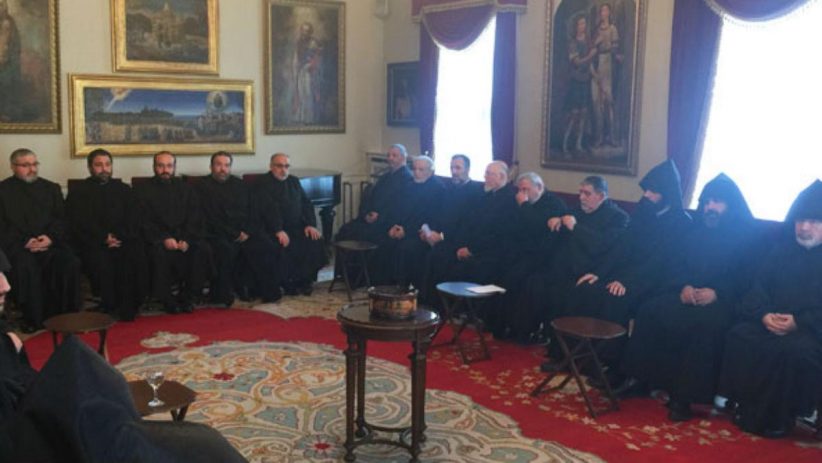 On March 15, as the crisis within the Armenian Church in Turkey seemed to approach the first step of a resolution, a new crisis was born.

Since the elected patriarch of the Armenian Church in Turkey, Archbishop Mesrob Mutafyan, the head of the Patriarchate of Constantinople, became incapacitated nearly a decade ago, there has not been an election nor a formally elected patriarch.

Archbishop Aram Atesyan, the Vicar General, has been the acting Patriarch.  Following community pressure on the Patriarchate and on the government of Turkey to allow a full election to choose a new patriarch, Archbishop Atesyan has resisted. The community’s efforts to convince him to allow such elections and to step down depending on the election’s outcome reached a crisis in February. Karekin II, the Catholicos of All Armenians, intervened and secured the archbishop’s agreement to step down once the first election, to elect a Locum Tenens, or alternate, were held. This would be followed, six months later, by an election that would choose the 85th patriarch of the Patriarchate of Constantinople – one of the four hierarchical sees of the Armenian Church, alongside the Patriarchate of Jerusalem, the Holy See of Cilicia and the Mother See of Etchmiadzin, recognized as the pre-eminent of the four.

That first election – for an alternate — was held March 15, with three candidates in the running. Archbishop Atesyan was one, but he lost to Germany’s Diocesan Prelate Archbishop Krikor Bekçiyan. The third candidate, a member of the patriarchate, Bishop Sahak Mashalian, withdrew in favor of Bekçiyan.

No sooner was the election, by the Clerical Assembly, concluded, then Archbishop Atesyan produced a notice from the Istanbul Governor’s office, declaring the election “legally impossible” and citing divisions and disagreements within the Armenian community.

Both Archbishop Bekçiyan and attorney Sebu Aslangi called the Istanbul Governor’s notice “completely unlawful,” explaining that the administration didn’t have such authority.

They have appealed to the Governor’s office. The response, together with Archbishop Atesyan’s status, post-election, and knowledge of such a notice remain unclear.

There is no perfect cinematic representation of history: Alessandro Ago on Armenian Genocide films