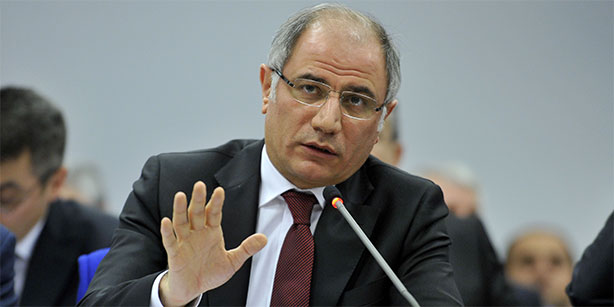 Today’s Zaman reports that during a parliamentary discussion and in response to a question from Garo Paylan, a parliament member from the People’s Democratic Party, Interior Minister Efkan Ala confirmed that minority groups have been number coded. “Every [minority group in Turkey] has a numeric code. For instance, the numeric code of the Armenians is 2. Not just minority groups but the whole of the population is categorized by number”, said Efkan Ala.

In a conversation with Today’s Zaman, Garo Paylan, who is of Armenian heritage, said the numbering of minority groups was inherited from the Ottoman State but in this modern world, such a coding cannot be tolerated, “When I told this to deputy Ala, he said he would deal with the issue and that he also finds the practice nonsensical”. Paylan pointed out that whatever the motivation is behind the practice, it is particular to oppressive regimes. Turkish official sources have confirm that the coding system has been in place since 1923.

The issue was first voiced several years ago by Agos daily. In 2013, Agos reported that a student was not allowed to study at an Armenian school. The National Education Directorate had rejected the registration stating that “exceptional” birth registries were marked with a secret ‘race code’. The same document presented an example for the ‘race code’, and included the expression, “The race code of our Armenian citizens is 2”.

Shorty after the scandalous revelation, the Interior Ministry confirmed the practice. “A minority citizen’s race status is given to the education ministry depending on the nationality or race information taken from the state register of the Ottoman period” read the official communication.

Laki Vingas, the elected representative of non-Muslim foundations at the Council of the General Assembly of the Directorate General for Foundations (VGM), told Today’s Zaman that prior to the Agos publication, the existence of the code system was suspected but not verified, “if the implementation of giving codes is only particular to minority groups then this situation points to the violation of the equal citizenship principle and is discrimination. State officials should clearly explain the reasons behind such a coding. Moreover, if such categorization does not run contrary with the principle of equal citizenship, then the motivation behind such code-giving should be made clear to society,” Vingas noted.

Theater in Armenia Through Numbers