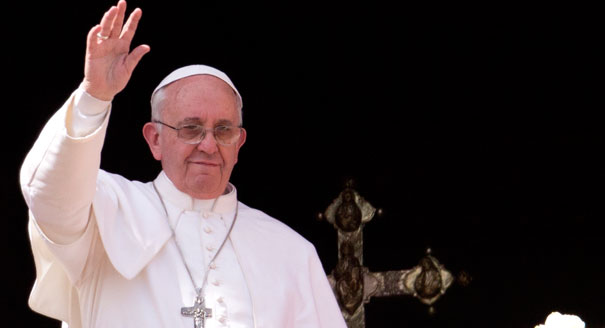 An article published on www.cruxnow.com by Vatican correspondent Ines San Martin titled, “Pope Francis set to rile Turkey by recalling the Armenian genocide,” states that the pontiff is scheduled to conduct a special service to commemorate the centenary of the Armenian Genocide on April 12, which he defined two years ago as “the first genocide of the modern era.”

The article says that Pope Francis led an ecumenical service of remembrance of the Armenian Genocide in Buenos Aires in 2006. At that time he had said that acknowledgement by Turkey would “bring peace to the Armenian people.” This special service set for April 12 is “more than merely historical interest” because of the vulnerability of Christian minorities in the Middle East.

During his Papal visit to Turkey in November 2014, Pope Francis made no mention of the Armenian Genocide and when asked by a reporter about his omission, the Pope said that he hoped for “small gestures” of reconciliation such as the opening of the Armenia-Turkey border, which was closed by Turkey in solidarity with Azerbaijan in 1993 during the Karabakh war.

The article goes on to say: “The April 12 papal liturgy is part of a broader campaign by Armenians to keep the memory of their suffering alive, which will feature the ringing of bells in Armenian churches around the world on April 23 at 19:15, the hour chosen to symbolically recall the year 1915. Bells will sound everywhere but Turkey, where the small number of churches still in operation will remain silent.”

Armenians of Turkey on the Threshold of April 24

Armenian Genocide App to be Released