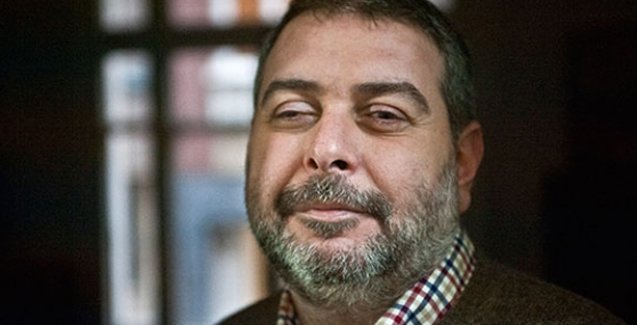 On CivilNet’s weekly program “Turkey as it is,” Yetvart Danzikyan, the new Editor-in-Chief of Agos weekly newspaper talks to Alin Ozinian about the mood of the Armenians in Turkey ahead of the 100th anniversary of the Armenian Genocide, their participation in commemoration events and the Turkish government’s attitude toward them.Watch the interview here.

Is Turkey gearing up again for the policy of denial on the 100th year of the Armenian Genocide? By seeing the Gallipoli commemoration, the making of a 1915 meter-long flag, what are the Armenians of Turkey feeling? Are they angry?

They must be surprised in fact. Some people were expecting this. They were expecting that the Turkish government will somehow react on the centenary, but they couldn’t imagine to what extent. For that reason, some Armenians in Turkey are looking forward to moving on toward the 101st anniversary, because these tensions are exhausting them. Especially the elderly, or those who do not feel associated with these issues, or those who were never interested or those who are tired of it. For them, all of these are very exhausting. For some others this was not surprising. It was expected that Turkey would launch a harsh campaign of denial. This year they have decided to organize the Gallipoli commemoration on April 24. This was surprising indeed, because until today there has never been any commemoration on April 24. It used to be organized on March 18, which marks the day when British forces were stopped at Gallipoli. There is also the ANZAC commemoration on each April 25, when New Zealanders and Australians organize a commemoration in the morning of every April 25. This year, these commemorations were moved to April 24 and invitations were sent to foreign heads of state. Of course this was surprising and bizarre for the Armenians of Turkey. And of course it was also criticized by democrats who have fair views on different subjects. As if this was not enough, an invitation was also sent to President Sargsyan, telling him to ignore the commemoration in his country and go to the Gallipoli ANZAC commemoration. This, of course is a bizarre and shameful action. This is something widely criticized in Turkey, not only by Armenians, but also democrats, liberals and generally those who distance themselves from the AK party. When AK Party members were asked about this, they said that there is no ill intention behind this and it has been organized every year, and that they are only organizing a larger commemoration for the 100th year. As I said, it was a predicted move to organize a gigantic commemoration for Gallipoli aiming to overshadow any other commemoration on April 24. However, putting a commemoration on April 24 was unexpected. It was surprising and disappointing. In fact, it cannot be called disappointment. Armenians in Turkey felt like nothing has changed.

You were at a recent meeting in Ankara between Davutoglu and representatives of minorities. Who was invited to this meeting and how did it go? Were you able to talk about your concerns? Did they comment at all about the 100th anniversary or the Armenian Diaspora?

There were representatives of all minorities at the meeting with Davutoglu. Not only Armenians, but also Greeks, Jews, Assyrians, Orthodox Christian Arabs, Catholics. There were nearly 40-50 people present at the meeting. Of course, the efforts of the AK party to get closer with minorities compared to the earlier republican period are obvious. They have a policy of returning confiscated properties of the minority foundations. It was a positive development for foundation representatives, who were present at this meeting. They spoke about the problems related with returning the properties. The Jewish representatives were complaining that each time a problem with Israel arises, the wave of hate speech starts circulating and that it is becoming harsher each time. As a small group, we also had the opportunity to voice our concerns to the prime minister. We asked about how they came to organize this campaign on April 24. We also asked why the border with Armenia is still closed. Why Turkey is not opening the border. That would have been a big contribution for peace. We said that the Khojaly rallies are becoming a tool to pressure Armenians in Turkey. We said that the government’s stance in support of Dogu Perincek is problematic. He heads the Talaat Pasha Committee and his actions cannot be defined as freedom of speech. The name of the committee itself speaks for that. This group’s aim is to simply put more pressure on the Armenians in Turkey. We also said that Armenian heritage sites, churches and monuments in Anatolia, are in very bad condition. Terms like “diaspora lobby” are circulating around, again, as it has in the past. Davutoglu replied to all of these issues together saying that they do not represent an intentional campaign. He said that they would have opened the border with Armenia if the latter agreed to give back at least one region in Karabakh to Azerbaijan, but Armenians didn’t agree to that. There is resistance from the Armenian side, he said. Then he replied to our concern about the term, “diaspora lobby” and said that the (Armenian) diaspora is our diaspora. Our Diaspora Opening will continue, he said, but there are also those lobbies. This comment illustrated that he looks to the issue from the same viewpoint as previous governments. These were his comments to put it roughly. Of course, while Davutoglu is making these remarks, Erdogan is using expressions like “if the Diaspora is sincere” in Columbia University. These were signs that the AK Party would continue its classical politics. This is how the meeting went in general.

In cities like Istanbul and Ankara there will be commemoration events. Who are the organizers of these events? Is it possible to find Armenians among them or the participants? Are these events uncomforting or unnecessary for some Armenians? Or does it make Armenians feel better by making them feel that they are not alone?

These commemorations are generally perceived as positive by the Armenians of Turkey. It’s been organized for the last 5-6 years in Taksim Square. Of course, this is done by a very small group. Additionally, they are always afraid that these commemorations might provoke new attacks against the Armenians. In general, this is good for the Armenians, because this day doesn’t pass as if nothing happened. The organizers are DURDE, an anti-nationalist civil society organization and the IHD Human RIghts Association of Istanbul. These organizations are launching the initiative. The IHD organizes a gathering at Sultanahmet Square, in front of the Haydarpasha train station where Armenian intellectuals were arrested and exiled on April 24, 1915. While DURDE organizes a silent sit-in at Taksim Square the same evening. These things have been possible for the last 4-5 years. The number of participants vary between one or two thousand. This year a group from the Armenian Diaspora, from the United States, will also be present. There was also a similar group a few years ago. They are also thinking that participating in this would be very meaningful. They call their initiative Project 2015. In general they are interesting. There are also Armenians among the participants, but there is no commemoration organized by Armenians yet. I’m not sure if that could happen on the 100th year or not. But until now, these commemorations have been organized by Turks who lean towards leftist ideologies. Armenians are participating in these events, at least individually, if not collectively. As I said, there is no event organized by Armenians yet, and it is too soon to tell if that would be possible or not. We don’t know if the political atmosphere would make it possible to do so. The security forces have been dealing with these commemorations with understanding for the last four years. They are securing a space by forming a security chain around it. But until now there is no event organized by Armenians on the 100th year anniversary. It might happen this year. I still don’t know.

It looks like the AK Party is launching an attack by promising administrative positions for those Armenians that they approve of. What objective are they pursuing by these actions?

Yes, the AK Party wants to establish closer ties with the Armenians, also the Greeks. In fact, this is an outcome of remaining true to the Ottoman tradition and the Ottoman model. There has been so much pressure on people with different religious beliefs during the republican era, that is why they are trying to separate that era in parenthesis and hark back to Ottomanism. They are idealizing the Ottoman period, especially the 1800s, when Armenians were appointed ministers. Of course they are not drifting away from the official view regarding Armenians, but as a result of idealizing that period they are also being careful to appoint Armenians as bureaucrats, consultants, maybe even parliamentarians in the future. The republican era was very difficult for the Armenians than any period from the Ottoman era, except the Ittihad ve Terakki period, is being regarded with much positivity. On the other hand, this also another face of AK Party’s getting back at the republican era and the army. In fact, their approach towards the Kurdish problem and the Armenian issue is a part of their tactics in this regard, because the more they put the army and republican era regime ideology in a difficult position, the better it is for them. Besides, there is a return for each of these actions among the society. They are getting credit for working towards the solution of the Kurdish problem. They are winning some kind of legitimacy by getting along well with the minorities in the face of their despotic actions in other spheres. But whenever they are pressured they get closer to the old official line towards the Armenians. They are playing balances. So there is such a policy. In my opinion, this can be also regarded as a public relations campaign. Because it is obvious by what they are doing in the case of Dogu Perincek and similar issues. So there are questions about which one of their actions is right or sincere.

Where do you think Armenians can start from in the struggle for democracy and equality in Turkey? Can we consider that nominating Armenian candidates by political parties is a step towards democratization?

Nominating Armenian candidates by Turkish political parties is better than not doing it like before, of course. In the end, if there would be a few Armenian, Greek, Assyrian or Yezidi members in the parliament, that would be good. We cannot view this as a negative thing. But it is also important in what mechanism this is being done. Until now, the AK Party and CHP Republican People’s Party view this as doing a favor or being merciful. They would think first if it is good for them to nominate an Armenian candidate or not. HDP People’s Democratic Party is more principled in that manner. But the other parties think of it as an act of mercy. So in general, yes, it would be good to have an Armenian in the parliament, but in my opinion, we need to think about other solutions. We have a parliament that consists of more than 550 members. They can allocate 8 or 10 percent of the seats for the disadvantaged minorities or communities in the country. Therefore, those communities could send their representatives to parliament directly through that mechanism. This is a way to have a parliamentarian group of Armenian, Greek, Jewish, Assyrian and other members. This group won’t be left to the mercy or kindness of those parties in order to get elected. This is not impossible. It is taking place in some countries in Europe. I think this should be considered. This way, minorities wouldn’t have to endear themselves to those big parties. This solution hasn’t been thought about before in Turkey, but it could be very helpful.