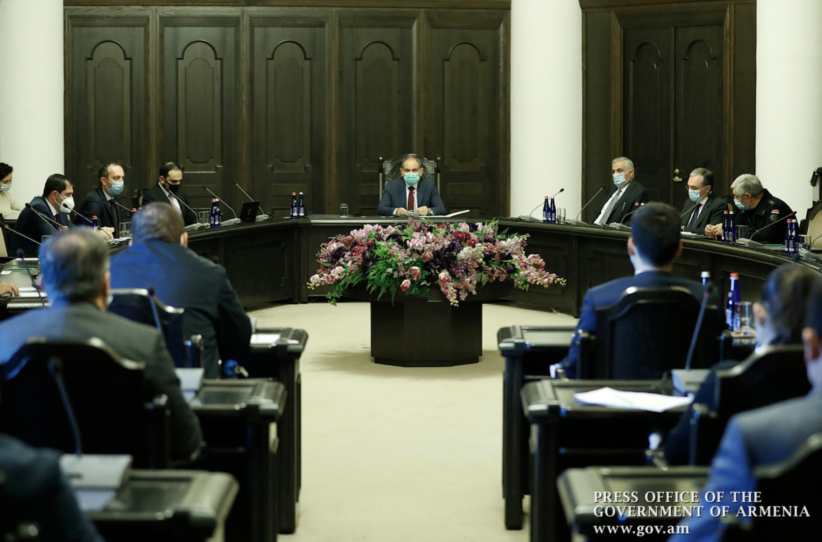 Armenia’s Prime Minister Nikol Pashinyan chaired a consultation meeting on Friday, attended by members of the government and heads of ministries.

The meeting, which began with a minute of silence in memory of the Armenians killed in the war, revolved around the various issues related to Karabakh refugees in Armenia.

“In particular, we need to discuss what support programs we will implement for them. But we must also state that it is a priority for us to provide that support in Artsakh (Karabakh) as well. In other words, it should be a program that contributes to the process of our compatriots returning to Artsakh. In this regard, let us first record what we have done during this period, how we have supported them, what programs we plan in the near future, how we will implement those programs,” the prime minister said.

The officials reported that in the first days of the war, the process of organizing support for Armenians who fled Artsakh was carried out around the clock in direct coordination with the Prime Minister’s Office, and in close cooperation with partners in Artsakh. Volunteer groups were also involved in both places. The activities focused providing housing, food, education, and health. Food and basic necessities were provided using donation and state funds.

The Minister of Labor and Social Affairs Zaruhi Batoyan emphasized that during these days not a single Artsakh resident was left without shelter.

The meeting also discussed the infrastructure needed for the people of Artsakh to return to their native villages and towns, the restoration of housing in those areas, as well as the implementation of social assistance measures.

Prime Minister Pashinyan instructed to form a working group with the Artsakh government in order to coordinate the above-mentioned issues.