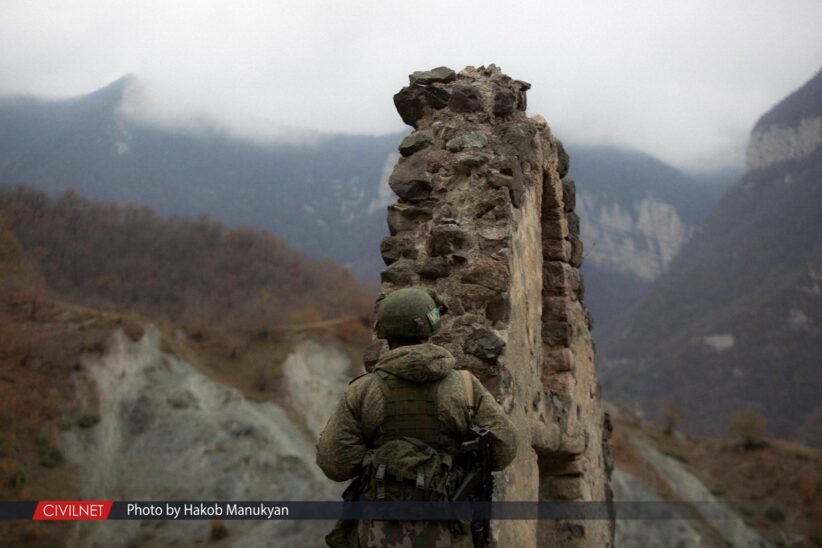 The uncertainty of the borders between Armenia and Azerbaijan “will give rise to disagreements, as a result of which, the Armenian side may ‘unleash’ a new war in the future,” an Azerbaijani official said Thursday.

Avaz Hasanov, a member of the International Working Group on Azerbaijani Prisoners of War, also noted that the new state border between the two countries is not clearly demarcated and there is a need for a new agreement.

To avoid this problem, Hasanov suggested paying serious attention to the issue on the Karvachar-Armenia border, specifically to the fact that “the Armenian side did not want to leave that area yesterday.”

Also Read: Armenia says it has made an advance payment for a coronavirus vaccine

On Wednesday, Armenian military units withdrew from the Karvachar region per the provisions of the “end of war” statement signed by Armenian prime minister and the presidents of Azerbaijan and Russia. As a result of this, instead of the former border between Armenia and Artsakh, a new border has been formed between Armenia and Azerbaijan.

On the same day, as the sides were marking their borders, videos were disseminated online showing that Azerbaijani Armed Forces had entered the bordering Sotk Gold Mine in Armenia’s southeastern town of Vardenis. The mine is operated by the Russian GeoProMining company.

Deputy Chief of the General Staff of Armenia’s Armed Forces Tiran Khachatryan later clarified that the border runs through the mine, meaning it will be split between Armenian and Azerbaijani sides.

Head of the local community Hakob Avetyan told reporters Friday that there are no tensions on the border.

“At the moment, nothing concrete has been decided, both sides are waiting. The mine is operating,” Avetyan mentioned.

Armenia’s Defense Ministry said Friday that demarcation discussions have began with the representatives of the Armed Forces of Armenia, Russia and Azerbaijan.

“Complete and accurate demarcation is extremely necessary to rule out disputes over the ownership of this or that part of the border, or possible further provocations,” reads a statement from the Armenian Defense Ministry.