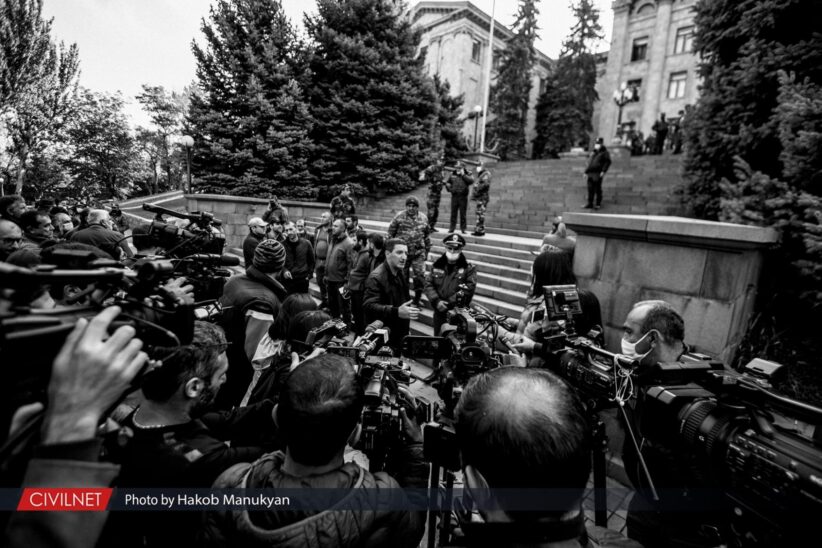 During an opposition-organized rally on December 2, Armenian Revolutionary Federation (Dashnaktsutyun) representative Artsvik Minasyan said that there will be a decisive announcement during tomorrow’s march.

Minasyan further mentioned that tomorrow the opposition will announce the names of a potential candidate or candidates who could lead the country during this time of post-war crisis.

Opposition groups in Armenia have been organizing protests in the country’s capital Yerevan to demand the resignation of Prime Minister Nikol Pashinyan following his signing of the “end of war” statement with Azerbaijani and Russian presidents.

Today’s rally took place from Yerevan’s Freedom Square to the Government building, where demonstrators continue to demand that Pashinyan step down.