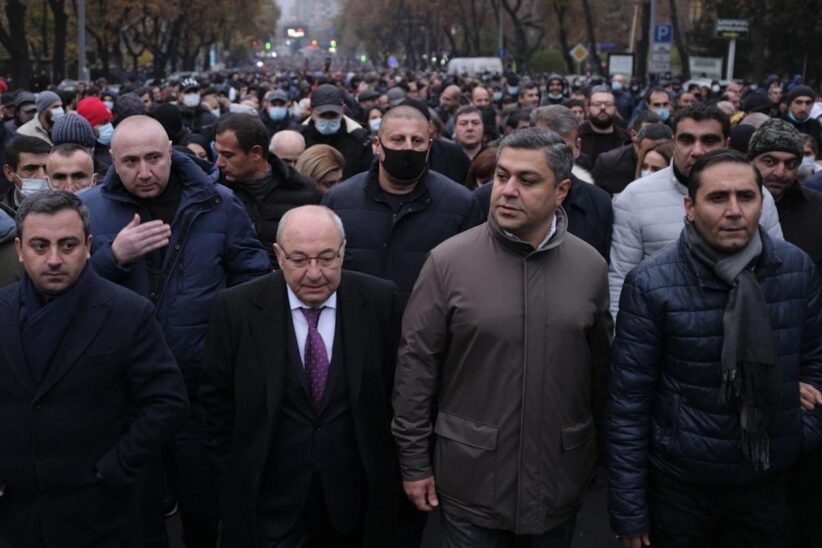 “Nikol Pashinyan has until Tuesday 12 pm to discuss with his political team, his advisers and make the decision to resign and leave,” Ishkhan Saghatelyan, a representative of Armenia’s opposition, said today.

The announcement came following a rally organized by “Salvation of Homeland”, a new movement created by a group of 17 opposition parties. Other than Prosperous Armenia, none of the other parties in the opposition hold seats in the current parliament. The group has been organizing protests in the country’s capital Yerevan for weeks to demand the resignation of the prime minister following his signing of the “end of war” statement with Azerbaijan’s and Russia’s presidents on November 9.

Saghatelyan noted that if Pashinyan does not resign by Tuesday, acts of civil disobedience will be held throughout the country.

During today’s rally, Vazgen Manukyan, the opposition’s candidate for prime minister, said that Pashinyan must understand that a voluntary resignation will be better for him.

Manukyan mentioned that a new leadership must understand the unclear points in the “end of war” statement signed by Pashinyan, and through negotiations, resolve those uncertainties in Armenia’s favor.

Also Watch: Syunik – Azerbaijan is Closer Than Ever