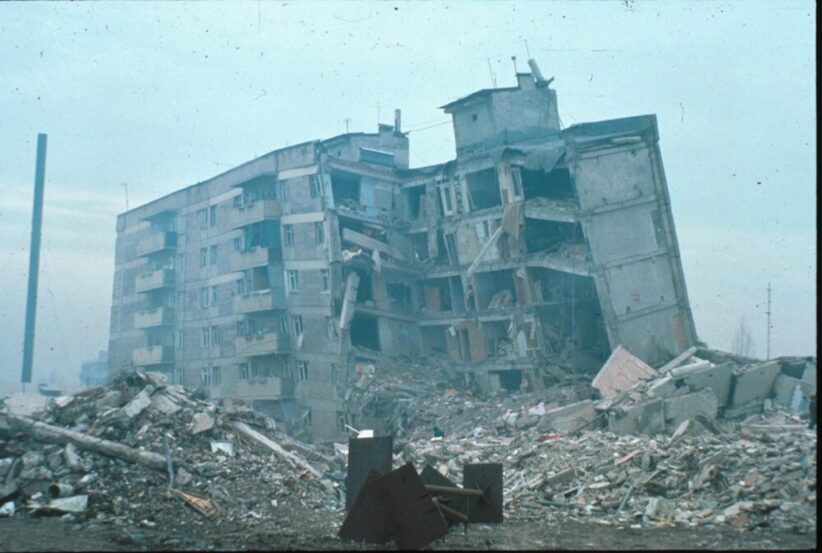 December 7 marked the 32nd anniversary of the Spitak earthquake that shook the country in every way. Armenian Prime Minister Nikol Pashinyan and Armenian President Armen Sarkissian attended the commemoration ceremony held in Gyumri.

At 11:41 am on December 7, 1988, a 6.8 magnitude earthquake centered in the town of Spitak in Armenia’s Lori region, devastated much of the country. Shortly after the first quake, an aftershock struck with a magnitude of 5.8, further adding to the damage. The earthquake rippled through the northern region of Armenia, killing 25,000-50,000 and injuring up to 130,000. The cities of Spitak, Gyumri (Leninakan), and Vanadzor (Kirovakan) suffered large losses of life and structural damage. The surrounding villages and towns also suffered severely.

Also Read: Over 34,000 Refugees Have Returned to Karabakh

Prime Minister Nikol Pashinyan attended a liturgy in the Holy Saviours Church in the city center and laid a wreath outside the church in remembrance of the tragedy.

The remnants of the earthquake can still be seen to this day in Spitak, Gyumri, Vanadzor, and other affected areas. Experts attribute the devastating nature of the earthquake to the poorly constructed buildings that were built during the USSR’s Era of Stagnation under Leonid Brezhnev.