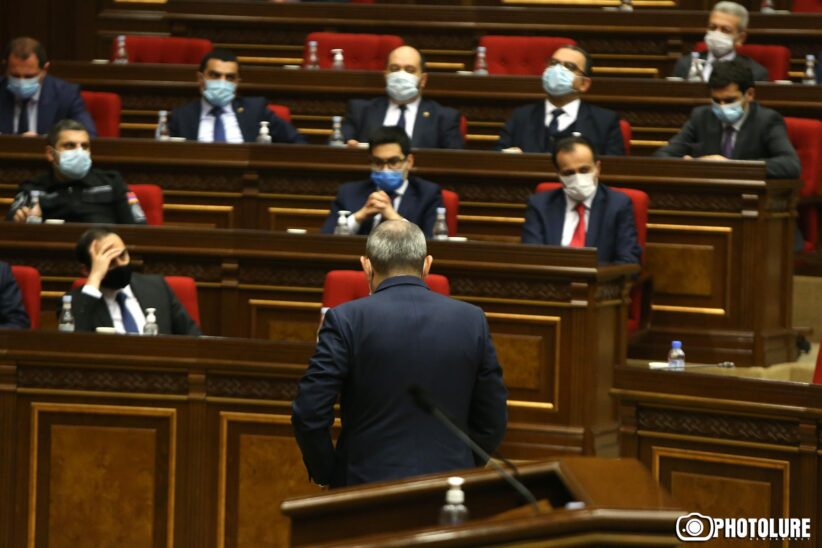 Nikol Pashinyan is a catastrophe that was elected by 70% of Armenia’s population.

It is painful and dangerous especially when those who elected the prime minister – the parliamentary Civil Contract Party and the My Step majority faction – do not recognize this. They continue to live in the “Velvet Armenia” of 2018. But that Armenia no longer exists. They continue to admire and be inspired by a version of Pashinyan that doesn’t exist.

Pashinyan is not Transcaucasia’s first disaster.

In the early 1990s, Georgia and Azerbaijan had their own philosophically driven leaders – Zviad Gamsakhurdia and Abulfaz Elchibey, respectively – and both brought forth disasters to their countries. Both were elected by the people, just like Pashinyan.

Georgia, and to some extent Azerbaijan, became involved in a catastrophic civil war, and suffered crushing defeats in Abkhazia, Ossetia and Artsakh / Karabakh.

But Armenia, while in a blockade, under the rubbles of the 1988 earthquake, with 300,000 refugees, somehow avoided internal political unrest, and won an incredible and unbelievable victory in a war that was forced upon it from 1991 to 1994. Armenia has not remained without internal political crises, but none have led to a civil war.

But Pashinyan, who came to power on the wave that saw the public rejection of former President Serzh Sargsyan, was not able to use the historic opportunity.

His first signs of failure were his approach to politics based on personal affiliation, and his incomprehensible abandonment of institutional reform.

The call to block the entrance to courts was a serious sign that Pashinyan is ignoring the principle of separation of the judicial, executive and legislative branches n, which is at the core  of the rule of law.

When he called on the people to blockade the National Assembly, it became clear that he was rejecting the opportunity to transform from a populist politician to a state leader.

In a squabble with Ilham Aliyev in Munich, which resembled a grade-school spat, Pashinyan demonstrated his provincial mentality.

Ignoring the coronavirus, Pashinyan initiated the “YES” campaign to hold a referendum on dissolving the country’s constitutional court.

Then, when the infection was raging in Armenia, the Armenian authorities gave the green light to elections in Artsakh, and the election of Arayik Harutyunyan.

Pashinyan and his team can be forgiven for these and many other misdeeds since he in fact did receive the people’s vote, and he was able to bring hope to Armenia with the wave that rejected Serzh Sargsyan.

But the catastrophic 44-day war, which resulted in enormous human and territorial losses, as well as a decline in Armenia’s sovereignty, showed that Pashinyan and his team were incapable of governing the state.

Unaware or unwilling to accept that the situation in the country has changed since the 2018 “velvet revolution”, Pashinyan indirectly gives legitimacy to those who have taken to the streets, who by and large are not trusted by the people. They are the rejected opposition, the former government.

On the first day of the war on September 27, Pashinyan announced that he was ready to die for Armenia. It turns out, however, that he is not even ready to sacrifice his seat for the sake of the homeland.

Tatul Hakobyan is a reporter for CivilNet.am.