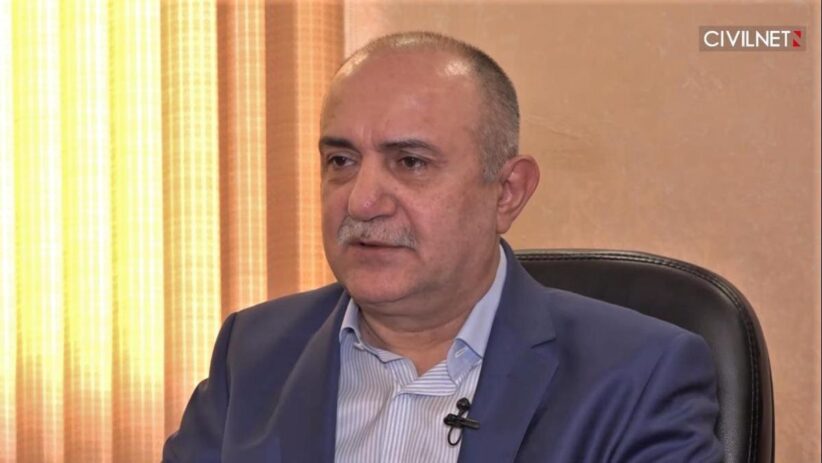 Samvel Babayan, former Secretary of the Artsakh / Karabakh Security Council (2020) and former Commander of the Artsakh Defense Army (1993-99), has given an extensive interview to the Meronq news site about the course of the 44-day war, detailing his view of the failed operations and omissions. This is a translation of segments of Babayan’s interview.

On the pre-war situation

“The [Artsakh] Security Council attempted to understand the opponent’s resources. We sent a letter regarding this to the [Artsakh] Defense Army, to which the response was that we must ask Armenia’s Ministry of Defense.

I called [Armenia’s] Minister of Defense [David Tonoyan], who gave an evasive answer, something to the effect that the information is secretive.

We wanted to get details about weapons, military units but they made it clear that they could not provide that information to us. Secondly, we could not go to the [military] positions ourselves. The Security Council is an advisory body, yet without having information about the opponent, we had to develop a plan.”

On the army reservists

Nothing happened after that. There was freedom of movement for reservists, they could come and leave when they pleased. I notified both Armenia’s prime minister and Karabakh’s president regarding this issue.

When the army sees that we can not suppress the enemy’s drones and artillery, they become afraid.

The commanders of the military unit are not able to perform a task either, because they are trained to lead 2,000 people and not 4,000.

[Artsakh Defense Army Commander] Jalal Harutyunyan was obliged to promote a 19-year-old to a lieutenant or a commander of a platoon. This is the result of ten years of bad personnel policy.

When the military commissariats were sending reservists to Jabrayil, did they not understand that it should be those who previously served in Jabrayil? They should have been properly organized. Let them conduct an honest investigation so that our society will clearly understand what happened.”

On the fall of the southern front

Within a few days of advancement into the south, the enemy changed the length of the front, the line of contact from 270 kilometers to 470 kilometers. We didn’t possess the resources to cover that front.

I suggested setting up a command post in the south and sending Movses Hakobyan [the then head of the military control service and former Chief of the General staff of the Armenian Armed forces, and former commander of the Artsakh defense Army] in that direction. He later said that he did not go due to personal problems. If this commander refuses to do his job, what could we demand from a junior officer, a regiment commander?

When the enemy broke through and reached Jabrayil, it expanded towards Khudaferin. At this point, I suggested closing the road near Kiant-Horadiz and cutting the enemy off. I personally suggested it to Jalal Harutyunyan, and he personally participated in the plan. Two brigades were formed. By closing that road and closing their supply line, we would not arrive at the current situation.

When our brigades arrived, the Azerbaijanis greeted our tanks with flags, not realizing that they are Armenian. Azerbaijan suffered the loss of 150 personnel. But the second Armenian brigade does not even try to move forward, to strengthen the position․ The commander is wounded in the leg, the deputy does not carry out orders, etc.

An investigation should find out why the two brigades could not fulfill their task and who is  to blame.”

On the fall of Shushi

In the village of Sghnakh [the Azerbaijanis] had set up a base and were stretching towards Shushi. There were three Armenian battalions. The Arajadzor battalion had to enter Avetaranots and take the hill, cut off the enemy from the road and surround Sghnakh on both sides, forcing the enemy to retreat from Shushi.

In the village of Shosh, the commanders are told about the operation. On the night of November 5, I was told that the Arajadzor battalion refused, then the two Armenian battalions refused as well.

Let the investigation find out what they said, why such a situation was created.”

“We did not have an anti-aircraft force, we had six Tor missile systems, four of which were destroyed.

Now people say there were weapons that Armenia did not give.

I say, Armenia gave what it had.

All the tales about our having  had weapons are not true. We did not have them. For obvious reasons, Russia was not obliged to give us weapons, we had to buy them at the time. Nobody owed it, we had to have it.”