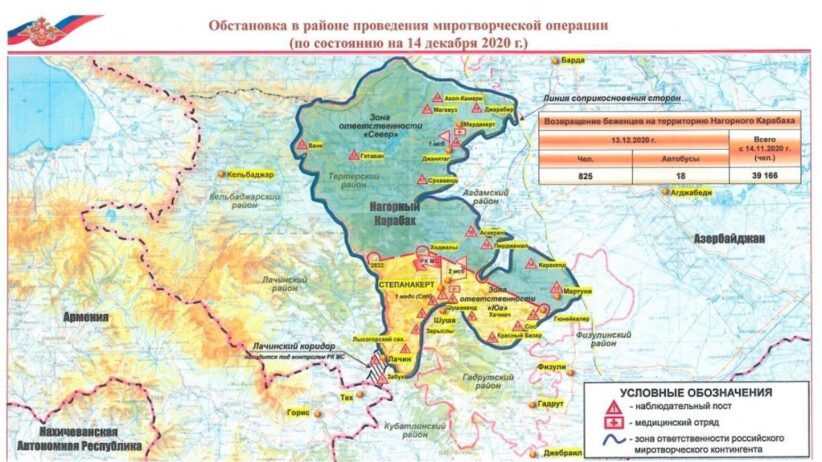 The Russian Ministry of Defense has published a new map of its peacekeeping forces in Nagorno Karabakh, which shows areas in the south transferred from Armenian to Azerbaijani control following renewed fighting over the weekend.

On Saturday, Azerbaijan began an offensive towards the Armenian held villages of Khtsaberd and Hin Tagher, the only two areas in the southern Hadrut district that remained under Armenian control after the war. Russian peacekeepers were not present in the area when fighting erupted.

The fighting was the most serious ceasefire violation reported in the area since the trilateral agreement that was signed on November 9, which effectively ended the war. According to the agreement, Armenia and Azerbaijan were to hold whatever positions they had at the time the agreement was signed.

Russian peacekeeping forces have since arrived and set up observation posts in the southern areas of Karabakh near where fighting erupted over the past weekend.