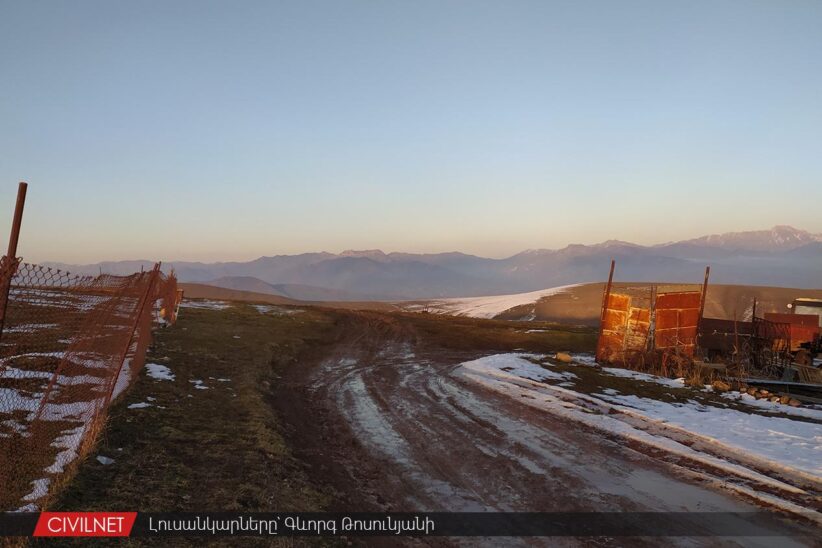 Russian border guards will be deployed to Armenia’s southernmost Syunik Province as new border demarcations bring Armenia and Azerbaijan closer than ever.

Armenia’s Defense Minister Vagharshak Harutyunyan says that the border between the two countries is being adjusted and demarcated at the moment with the participation of high-ranking officers from both sides.

“Not a single meter will be conceded from Armenia’s territory,” he says.

Armenia’s southern Syunik Province borders Iran to the south, the Azerbaijani enclave of Nakhichevan to the west, and as of November 9, Azerbaijan proper to the east. The new eastern border is the result of the “end of war” agreement signed by heads of Armenia, Azerbaijan, and Russia, which handed over much of the Armenian-controlled territory in the area to Azerbaijan.

In this mountainous province, the few roads that lead to major towns are now positioned nearly on the border with Azerbaijan. The question remains as to how the security of the people and of the roads will be guaranteed given the new situation.

Syunik’s community leaders say that a number of their towns and villages have found themselves directly beneath Azerbaijani military units.

“People are demanding security guarantees,” says Gevorg Parsyan, mayor of Syunik’s provincial capital Kapan. He tells CivilNet that on Thursday a number of volunteer military reservists had closed a major highway in protest of instructions from Armenia’s defense ministry that said volunteers must leave their military positions by 17:00 on December 18.

Parsyan tells us that if the volunteer reservists who have been protecting Kapan’s borders leave, strategic roads and communities will be left unprotected.

Armenia’s Defense Minister, who is in Syunik, reassures that an agreement has already been reached and Russian border guards are to be deployed to the area. He says new Armenian military units are also being organized, and new positions will be formed in the region.