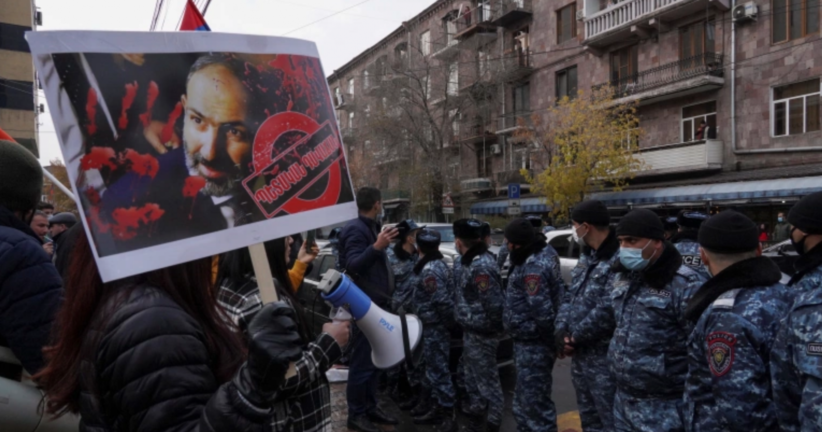 Armenian Prime Minister Nikol Pashinyan announced Friday that he is ready to hold consultations regarding snap parliamentary elections in 2021.

Pashinyan said that despite having huge financial and media resources, Armenia’s opposition has failed to amass popular support for its demands, the first of which is the prime minister’s resignation. He said the small number of protesters indicates that the events in Yerevan’s Republic Square are nearing their end.

Armenia’s opposition groups, led by Vazgen Manukyan and sustained by the Armenian Revolutionary Federation and the former ruling Republican Party, have organized daily demonstrations since the signing of the “end of war” trilateral agreement on November 9.

The call for a snap parliamentary election did not satisfy the opposition, however, whose members have since effectively rejected the prime minister’s call.

“The political corpse is looking for salvation, again hiding behind the people, again attempting to deceive and mislead the people,” wrote Ishkhan Saghatelyan, a member of the oppositional Armenian Revolutionary Federation.

In his announcement, Pashinyan said that he is ready to leave the post of the prime minister if that’s what the people decide.

“The fate of this position and the future of political leadership of the country should be decided by the people with their free will. As the Prime Minister of Armenia, I consider myself the guarantor of the people’s free will. There is only one way to get an answer to all these questions – holding snap parliamentary elections,” the prime minister said.

Also Watch: Looking to 2021 – A Conversation with Georgi Derluguian