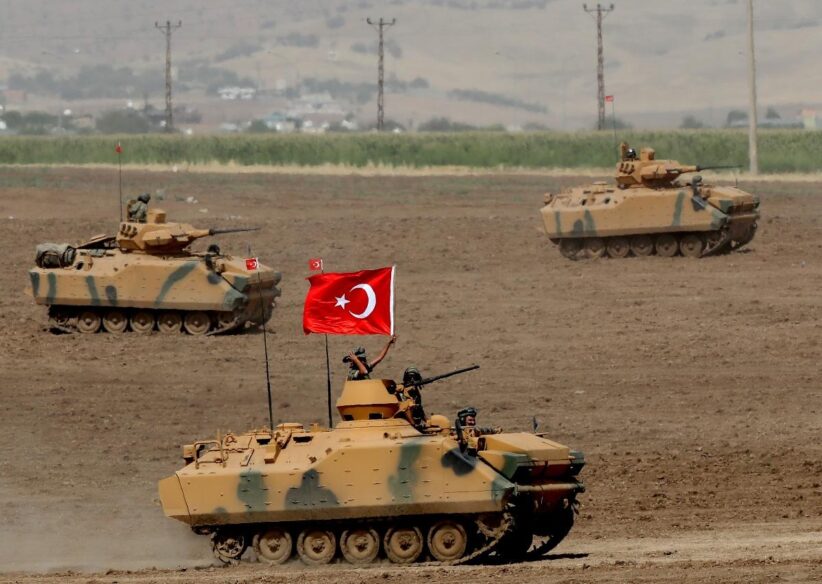 The article was published in the World Energy Weekly (January 4 issue), a publication of Petrostrategies, a French think tank specializing on energy and geoeconomics.

Less than a year after Turkey’s military campaign in Libya, another oil-producing country may become the scene of a major Turkish military intervention. At the very beginning of 2021, the Turkish military seems to be casting its eyes towards Iraqi Kurdistan, and more precisely the mountainous region of Qandil, on the Iranian border. This is where the leadership of the Kurdistan Workers’ Party (PKK) took refuge after Ankara broke off Turkish-Kurdish peace talks in 2015. While the Turkish army has dealt severe blows to the PKK in Turkey over the last five years, it has failed to eradicate it. PKK fighters still sabotage oil and gas pipelines in eastern Turkey and skirmish with Turkish patrols. The PKK is an independence movement which emerged in Turkish Kurdistan in 1984. Fought by almost all successive governments in Ankara, it was broadly tolerated after Recep Tayyip Erdogan came to power in 2003. This only lasted until its political branch, the HDP, won 13% of votes in the legislative elections of June 2015, thus depriving the Head of State’s AKP party of an absolute majority.

Over the last few months, the political and military situation has appeared favorable to the start of a Turkish military offensive in Iraqi Kurdistan. Power in Baghdad is held by a pro-Turkish and anti-Iranian Prime Minister, and the Turkish military is still drunk with the success of its massive drone attacks carried out during the recent war in the Caucasus, in the course of which Iran maintained a very passive attitude. Tehran is the PKK’s main supporter, and it would not displease Ankara (which backs Azerbaijan’s territorial claims in northern Iran – see PETROSTRATEGIES of December 28, 2020) to humiliate it. Especially since Iran will probably have to show restraint. It is fervently hoping that US sanctions will be lifted by the Biden administration, and may thus avoid being too openly on the side of a movement that Washington considers to be a terrorist organization.

On May 6, 2020, the Iraqi Parliament confirmed the appointment as Prime Minister of a notorious opponent of Iran, Mustafa Al-Kazemi (who is also close to Crown Prince Mohammed bin Salman (MBS) of Saudi Arabia). In his role as head of the Iraqi secret service since 2016, Kazemi has forged close ties with his Turkish counterparts. Shortly after his visit to the Turkish President in Ankara on December 17, 2020, Istanbul’s pro-government Daily Sabah news outlet described him as an “experienced security official who understands Turkey’s security concerns”. As a sign of friendship with Turkey, Kazemi had included in his delegation representatives of Iraq’s Turkmen minority that Ankara keeps under its protection. The Kurdish question was at the forefront of discussions between Kazemi and Erdogan. Whenever they get the chance, Turkish officials urge Iraq to “eradicate” the PKK from its territory. Ankara repeatedly emphasizes that this is a “national security issue for Turkey”.

Press leaks began to point to the possibility of Turkish military intervention in Iraqi Kurdistan after Kazemi’s visit to Ankara. Turkey makes frequent military incursions into Iraq. But this time, it would be a massive offensive intended to deliver a final blow to the PKK. Although most of the “work” would have to be done by the Turkish military, Iraqi federal forces would also participate, along with militias (peshmerga) to be sent by the ruling Kurdistan Democratic Party (KDP) in Erbil. The KDP, arch-enemy of the PKK, is strongly supported by Ankara.

Oil production in the Kurdish region of Iraq is completely controlled by Erbil. Output amounts to some 450,000 b/d, of which about 425,000 b/d is exported. Under an agreement with Baghdad, the Iraqi Kurds have to deliver at least 250,000 b/d of oil to Iraq’s state-owned company Somo, which exports it. In return, they are entitled to 12.5% of revenue from the federal state budget.

While intra-Kurdish tensions (especially between the PDK and the PKK) have never been so strong, the understanding between Ankara, Baghdad and Erbil has never been so good. This doesn’t mean that the latter three protagonists no longer distrust each other. For example, Baghdad and Ankara want to open a new trade route to avoid being completely dependent on the Khabur corridor, which lies in Iraqi Kurdistan. A new “gateway” is thus to be built at Ovaköy, which lies west of Khabur and beyond the reach of the Kurdistan Regional Government. Officially, the opening of the new trade corridor should help to increase Turkish-Iraqi trade to at least $20 billion per annum, instead of the $15.8 billion reached in 2019. One thing is certain: Turkey’s Erdogan wants to make life easier for the friendly Iraqi Prime Minister. In Ankara, the latter was thus promised a swift solution to the problem of sharing the waters of the Euphrates, most of which are currently tapped by Turkey. Iran is following these developments with great concern.