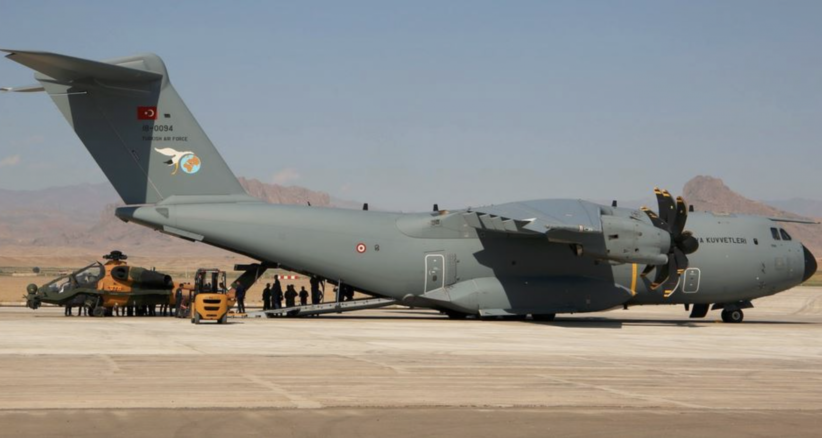 There has been a resumption in active air transportation traffic in recent days presumably delivering military equipment between Turkey and Azerbaijan, according to online air traffic monitors. The Russian telegram channel Radioskaner noted at least eight A400 and one C-130 flights from Ankara and other locations to Baku and back, between January 6 and 9. A similar spike in air transportation activity occurred ahead of the war against Armenia last year.

There have been no official announcements as to the flights’ purpose and the Azerbaijani government denied Turkish media’s speculation that Turkey would be opening permanent military bases in Azerbaijan.

Separately, Turkish social media has spread images of the Turkish air force’s 151st “Fighting Vulture” squadron patch that marks three air base locations in Azerbaijan: Ganja, Gabala and Lenkoran. The squadron’s F-16 fighters have been based at Ganja and Gabala air bases since last July. Between September 27 and November 9, the Turkish air force, particularly its drone fleet, took a lead role in combat operations against Armenia. Judging by video materials published and eyewitness accounts, Turkish aerial attacks accounted for the majority of more than 3,300 Armenian servicemen killed.

Since the return to cease-fire, Turkey has reportedly removed its Syrian mercenaries from Azerbaijan, while formally deploying ground units, including deminers and officers who will be expected to staff the joint Russian / Turkish “monitoring center” in Karabakh.

This article was originally published in Focus on Karabakh.

Armenia to Receive First Shipment of Coronavirus Vaccine in February