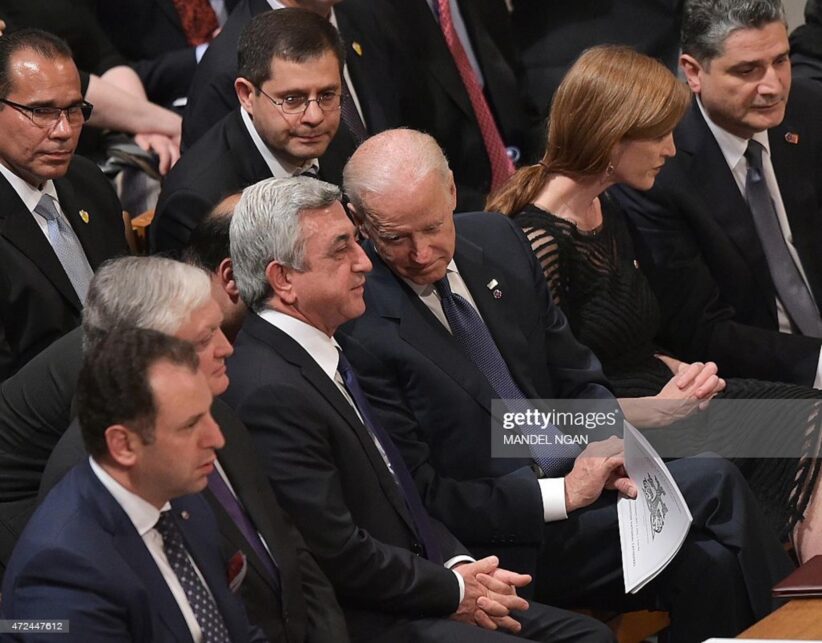 Joe Biden, who is set to be inaugurated as the president of the United State on January 20, has made public the names of officials that will lead his foreign policy team. Most of them served in the Barack Obama administration and have past experience with Armenia and its region.

Antony Blinken, a former long-time Biden aide in the Senate and the White House and Obama administration’s deputy secretary of state, will serve as Biden’s secretary of state. In 2014, then deputy national security advisor Blinken facilitated the release of the so-called “orphan rug” to be displayed during Armenian community’s genocide commemoration events.

Victoria Nuland, a former assistant secretary for Europe and Eurasia under Obama, will now be the State Department’s number three, as undersecretary for political affairs. Scholar and former Armenian government official Gerard Libaridian told 168 Zham that Nuland was “one of those people who in 1997–1998 did a lot of work in Armenia’s internal affairs. She made a huge contribution to [then president Levon] Ter-Petrossian’s resignation.” According to Libaridian, Nuland’s rationale was as follows: “Ter-Petrossian is a smart man, but he is not a strong man, he can not make peace. But [Robert] Kocharyan is a strong man, he is a winner of the war, he must establish peace, he promised.”

Also Read: The Failures and the Prospects of the Nagorno-Karabakh Negotiations

Former Obama advisor Samantha Power will head the U.S. Agency for International Development (USAID). Power was a voice for recognition of the Armenian genocide, but was rebuffed by Obama, who, prioritizing Armenia-Turkey normalization instead, told Power in 2009: “You know what? I am worried about the Armenians, too.”

Former career diplomat Bill Burns will head the Central Intelligence Agency. As the third (2008-11) and then second (2011-14) most senior official in the State Department, Burns was involved in the U.S. efforts facilitating Armenia-Turkey talks and Karabakh negotiations.

At the White House, another Obama administration veteran and top foreign policy advisor for Hillary Clinton, Jake Sullivan will head the national security council. Notably, the Caucasus region will be part of the Europe directorate led by Amanda Sloat, whereas Russia is grouped in one directorate with Central Asia to be led by Andrea Kendall-Taylor. In the Obama administration, Sloat was deputy assistant secretary of state overseeing relations with Turkey. A former intelligence analyst, Kendall-Taylor was a Fulbright scholar in Azerbaijan and Kazakhstan in 2007-8, focusing on the politics of oil.

Nancy McEldowney, a former principal deputy assistant secretary for Europe and Eurasia (2009-11) will be the national security advisor to vice president Kamala Harris. McEldowney also dealt with Armenian issues as deputy chief of mission in Turkey (2005-8) and Azerbaijan (2001-4). She was charge d’affaires in Baku during transition from Heydar Aliyev to Ilham Aliyev in 2003.

Emil Sanamyan is a South Caucasus specialist based in Washington D.C.. He is the editor of the University of Southern Claifornia Focus on Karabakh platform.