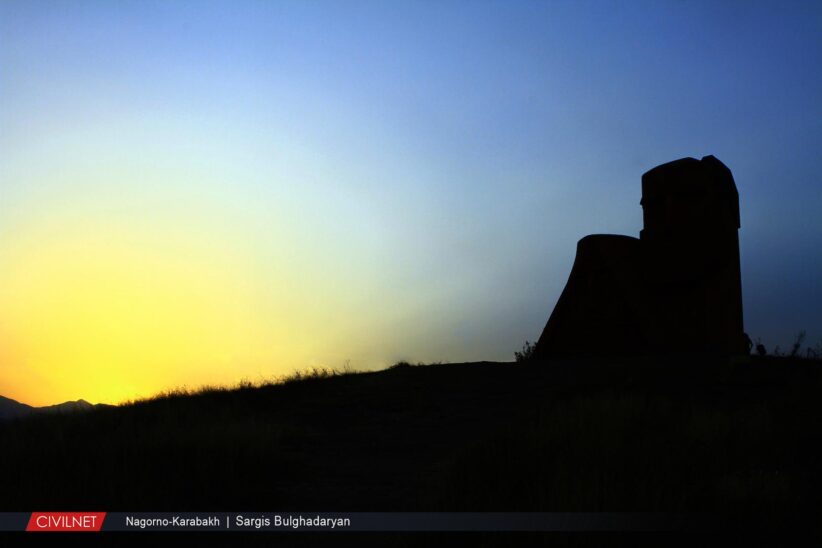 The current Armenian moment, post the defeat of the Artsakh war, is the time to examine all of our ideas and approaches to issues. The place to start uniting all Armenians at home and in the diaspora and across the political divide is a New Patriotism.

What passes for Armenian patriotism has in many ways remained unchanged from its early 20th century variant, which was an Armenian patriotism tied to seeking justice for the Genocide of the Armenian people and the geography of lands lost that came along with that. While it is not necessary to do away with the patriotism of the past 100 years it is time to upgrade it and make it useful to our current times.

The New Patriotism must be defined and organized around the following five goals: building a modern economy that raises the living standards of Armenians living in Armenia, building a functional democratic and competent state structure, building the finest small Army in the world, investing heavily in science and education and lastly using our culture and collective narrative to bind all of the above mentioned modernizations into a coherent and uniquely Armenian story that bridges our past and brighter future.

Before taking on the world we need to take a measure of ourselves and understand our collective shortcomings. We have failed to build a competent economy, state and military because for too long we tolerated corruption, accepted mediocracy as the standard and outdated forms of thinking as a sign of fidelity to the past. The driving force of the New Patriotism must create a culture of competence, high standards, hard work and ruthless pragmatism. This New Patriotism should appreciate our nation’s past but only take pride in our present-day accomplishments.

The New Patriotism in economic development should reverse engineer what the World Bank and the IMF’s model has been for developing our economy. We need to industrialize where economically feasible starting by building a military industrial complex which should be the tool used to reindustrialize the Armenian economy and bring back science research and development. We also need to focus on import substitution programs to increase local production, accelerate the move into renewable energy sources for both economic and security reasons, and increase local food production to achieve the highest level of food security, all of this while doubling down on the already strong sectors of our economy, which is high tech, banking and the service sector.

What the New Patriotism in state building looks like is actually a long march through the institutions. Currently we do not have the resources to bring the entire state sector to professional standards in an immediate time frame or the political will to get rid of the significant portion of our ineffective state bureaucracy given the negative social and economic impact of such an action. We can however start by building islands of excellence in areas of critical need, the top three being the military, the foreign ministry and building up foreign focused intelligence services.

These islands of excellence will be places where you have fewer but more competent people at pay levels that match the private sector with much higher expectations of professional competence. We already have such a system in place at the Armenian Central Bank, a very well-run organization where pay levels by law match private sector levels of compensation.

The New Patriotism in the military sector means one thing above all else. What happened to us in the 44-day war last year, WILL NEVER BE ALLOWED TO HAPPEN AGAIN. We need to pledge to ourselves that principle above all else.

Our military needs to be reformed in its entirety. In real terms this means that we need to study the failures of the war, dismiss the corrupt, the incompetent and the mediocre and replace them with new leadership with the best and brightest the country has to offer. We need to build a military that is capable of defending Armenia and the people of Artsakh against the most competently led and armed opponents.

This will certainly necessitate the building of a military industrial complex that focuses on the weapons of tomorrow specially on communication, robotics and in drone and anti-drone technologies. Never again should we ask our brave men and women to go to battle with inferior weapons, tactics or leadership.

The New Patriotism invests in science and technology. It is not possible to be a successful modern country without creating islands of educational and technological excellence. Despite the lack of resources, we need to collectively bring and revive the great traditions of science and technology that Armenia was known for during the Soviet period. If the resources are hard to come by in Armenia, this is where the diaspora can take on as its share of responsibility by creating multiple TUMOs and AUAs to revive our science and education enabling the modernization of the country.

A New Patriotism on the cultural front means not allowing our country to become another outpost of sameness and conformity in an ever-homogenizing world that has only a singular conception of modernity and freedom.

We need to internalize this idea of the New Patriotism, this New Patriotism, must cost us something personally and involve sacrifice. It should never be cheap. Every new job created, every new business opened, every new research lab built, and every soldier armed and trained properly and every competent diplomat educated should be considered the highest form of patriotism.

All of this can be done, in fact we have no choice but to get it done.