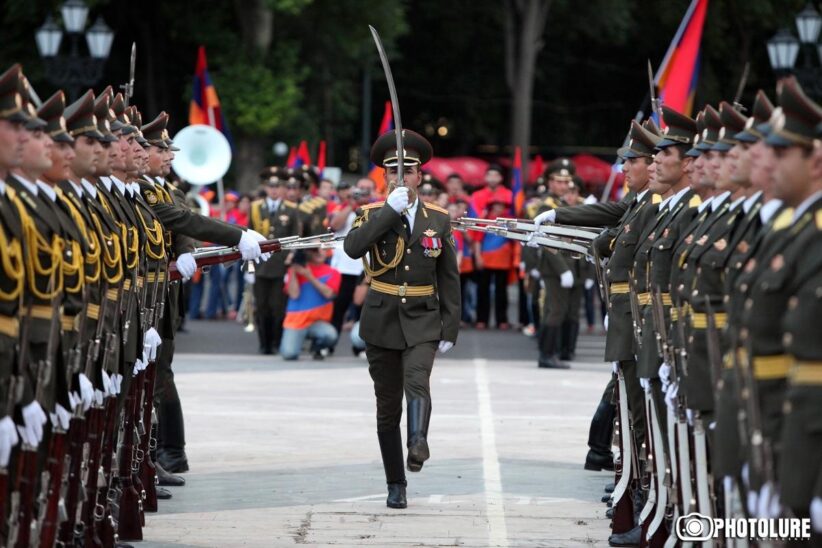 And if we have ruled, only with our books

If we have prevailed, only with our talents

And if we have ever oppressed, it has only been with our wounds

Paruyr Sevak. “We Are Few But We Are Called Armenians”

Enough of such sentiments. Next time we prevail, it will be using the deadliest weapons we manufactured used by the meanest and best trained men and women to have ever walked the earth.

Armenia needs a new military.  The goal of our new national defense should be to rebuild a military that is capable of defending Armenia and the people of Artsakh against the most competently led and armed opponents.

There are two important corollaries to this approach, the first is that regardless of this change in priorities the military must always remain subservient to civilian and democratic governance. Just as importantly the re-orientation should not be a drain on our national economic resources but actually be the basis of a growing economy.  This will ensure that we bring back industry, science and research.

We must begin with a serious study of the failures of the Artsakh 2020 war. WE NEED A REFORM COMMISSION.  A look into our failures will provide critical recommendations to  reform and  modernize the Army.

There are countless examples of such military reforms in our region that we can learn from.  The Russian military implemented a reform after its underperformance in the 2008 war with Georgia. The Israeli Winograd Commission studied the Israeli failures in the 2006 war against Hezbollah in Lebanon.

All roads in reforming the military will likely lead to the creation of a military industrial complex.  The focus will be on the weapons of tomorrow: communication, robotics, drone and anti-drone technologies.

The key to establishing this industry is a multi-year commitment written into law.  This law should mandate a certain percentage of the procurement budget be spent on local products that are competitive to the quality of foreign-produced hardware.

In order to speed up military reform, we need to begin outsourcing activities that do not involve soldiers carrying weapons. The outsourcing of food services to the private sector has been one of the most popular actions taken by the current government. There is no reason why we should not outsource to our efficient service and tech sectors.   The management of military hospitals, communications, logistics, electronic and signal intelligence will be better managed and more competent. This will allow our proficient people in the private sector to immediately upgrade our military.

Ordinarily the State is the biggest buyer of services in every country in the world.  As our State begins to outsource, the economies of scale will propel our local services providers to compete for similar contracts internationally and expand their business further.  This is yet another positive impact of military modernization.

Another element of reform we should consider is doing away with military conscription.  We should create a smaller Army of professional soldiers heavily focused on special forces with an emphasis on speed, mobility and air superiority.  The gravest fear of all parents in Armenia today is that their children will be forced to serve in an Army run by corrupt and incompetent commanders who know nothing about modern warfare.  Once the reform instills confidence only then can we reinstate conscription.

If we create a smaller Army of professional soldiers, it must be backed up by a much larger Army of volunteers and reservists.  The volunteers and reservists should be a part of a singular well-run reserve system which includes commitments to monthly training and mobilizations.  All local and political party militias must be disbanded to be reorganized as part of the new centrally run military reserve system.

As we create the new weapons of tomorrow from our own locally manufactured drone and robotic industries, we must increase the role of women in our Armed Forces that can run these systems guarding our borders. They can then run the remote-controlled weapons and monitoring systems of tomorrow.

One way to accomplish this is to move the most effective people from the useless state bureaucracy to the military ranks through compulsory competency exams and other such markers.

We must also consider the establishment of an Armenian Volunteer Legion. There are thousands of ethnic Armenians that have served in the Russian, Syrian, French and other western militaries. Their experience especially while serving in urban combat is invaluable in reforming and upgrading our Armed Forces.

At the same time as we learn to tell our story, we can attract numbers of idealist who understand our struggle in universal terms. The truth is that our borders to the east and west are civilizational in nature and not simply state boundaries.  Across those borders Armenia and Artsakh are islands of democracy and civilization.  We are the modern moral equivalents of the first Spanish Republic which is in a face off against two regimes which are the modern reflections of fascist depravity.

We need to look at establishing Armenian-owned or private military contact firms located in Armenia. The truth is that no one fights their own wars entirely using their own armed forces, neither should we.  This is true for the great powers like the United States and Russia and to the lesser regional regimes like Turkey and Azerbaijan who used international terrorists in their war of aggression against Artsakh.

The story of the next 20 years will be driven by two factors.  The first is the effects of climate change, and the second is the start of the end of the carbon economy.  This will translate into mass immigration and state collapse in multiple countries stretching from Africa through the Middle East to the current and future failed states stretching between Armenia and China.  In such a world if you do not have seat on the table of the business of war, you are on the menu.

We as a people have always rightly hated war and have not been interested in it, but war unfortunately has been very interested in us. We have paid the price for trying to be a cultural light to the world for millennia while always demanding moral and universal justice from a cruel world. The lesson of those 44 days last year was that kind of thinking needs to end.