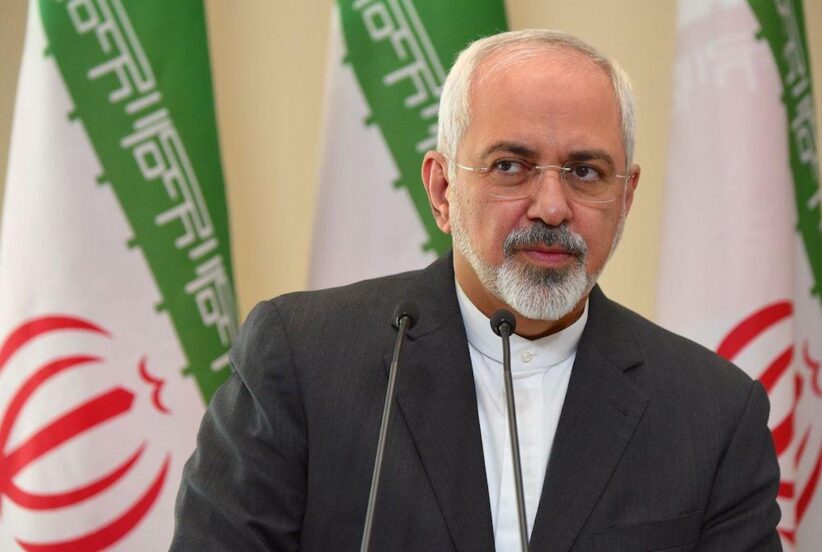 “Iran is happy for the ‘liberation’ of its territories by friendly, brotherly Azerbaijan and for them to come under the control of the Azerbaijani people,” Zarif said in Baku.

The foreign minister said that Iran is ready to help Azerbaijanis return to their homes in the “liberated” territories of Karabakh as quickly as possible. He also stated that Iran will help reconstruct the war-torn areas of Karabakh.

Zarif’s next stop was Moscow where he met with Russian Foreign Minister Sergey Lavrov. The parties agreed that peace in the region is of utmost importance and in the best interest of all countries involved.

Zarif also highlighted the importance of unity between Moscow and Tehran in order to save the Iran Nuclear Deal after former US President Trump pulled out in 2018. In Russia, Zarif did not meet with President Putin.

On January 27, Zarif traveled to Armenia and met with Prime Minister Nikol Pashinyan.

“We have common regional interests we share with you. From the first day of that conflict, we have always been in contact with you and other countries in the region, and we want to maintain that connection, having the potential for future cooperation. Of course, you are aware of the position of our caring leader, which is to ensure the security of Armenians, as well as to ensure them a dignified life,” Zarif told Pashinyan.

According to the governmental report, the prime minister and the Iranian foreign minister discussed the situation in the region after the Karabakh War. Pashinyan noted that many issues remain unresolved, including the status of Nagorno Karabakh, and that Armenia is ready to continue negotiations within the framework of the OSCE Minsk Group.

After leaving Armenia, Zarif paid his penultimate visit to Turkey, where he met with his Turkish counterpart Mevlüt Çavuşoğlu and President Recep Tayyip Erdoğan. Çavuşoğlu welcomed the “3 + 3″ regional cooperation measure proposed by Zarif, which calls for the participation of six countries: Armenia, Georgia, Azerbaijan, Iran, Turkey, and Russia. The implementation of this measure aims to provide peace and stability in the region.

In Turkey, both sides expressed satisfaction with Ankara-Tehran relations and agreed to develop the economy, communications, and energy sectors. As a result of the Turkish-Iranian talks, new railway lines will be established and new trade relations will gain momentum. Çavuşoğlu discussed US-Iran relations and expressed Turkey’s readiness to facilitate a possible dialogue between the two countries.

The final stop of the regional visit was Nakhchivan, where discussions were held with local authorities, including Supreme Council Chairman Vasif Talibov. It is worth noting that this was Zarif’s first visit to Nakhchivan in the past three years. He visited both the “Iranian” and “Nakhchivan” regions of Julfa.

According to Zarif, Nakhchivan and Armenia will play a vital role in terms of providing a corridor that connects the Persian Gulf to the North Sea and Russia.

Zarif’s visit to the region was important in the context of developing post-war processes in the region. In each country, the Iranian minister discussed both bilateral relations and “3 + 3” measures. Iran seeks to play an active role in post-war developments, offering its own approaches to each party. The visit to the Nakhchivan Autonomous Republic is especially significant as it shows that Iran has recognized the region’s independent or semi-independent geopolitical situation. Azerbaijani sources mentioned only five countries in their reports about Zarif’s visit, leaving out Nakhchivan, which they consider part of Azerbaijan.