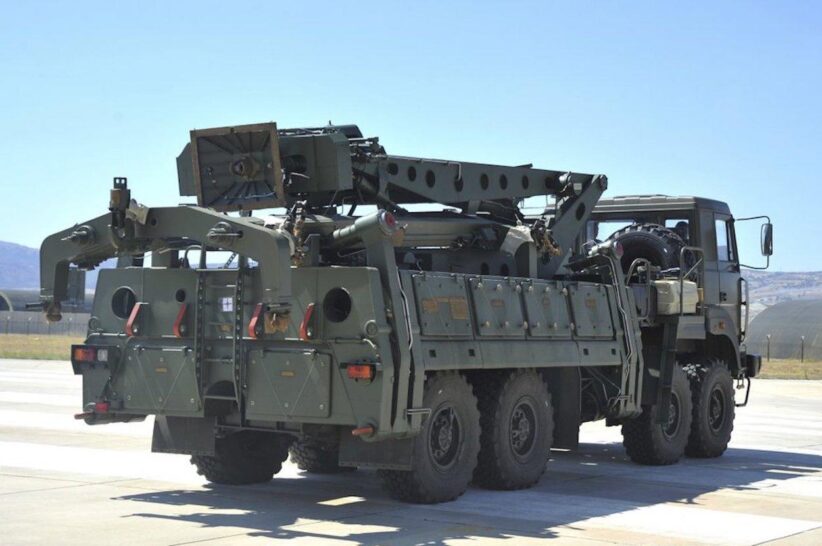 The U.S. imposed sanctions on its NATO ally Turkey on Monday over its purchase of a Russian air defense system, in a striking move against a longtime partner that sets the stage for further confrontation between the two nations.

The US says Russia’s S-400 surface-to-air missile system is incompatible with Nato technology and a threat to the Euro-Atlantic alliance.

The move is the first time that law, known as CAATSA, has been used to penalize a U.S. ally.

Washington and Ankara have been at odds for years now over Turkey’s acquisition of the S-400 missile defense system from Russia, along with Turkish actions in Syria, the conflict between Armenia and Azerbaijan and in the eastern Mediterranean.

In the Karabakh War, Turkey provided Azerbaijan with weapons including its Bayraktar drones, as well as with hired mercenaries sent from war-torn Syria.

“The United States made clear to Turkey at the highest levels and on numerous occasions that its purchase of the S-400 system would endanger the security of US military technology and personnel and provide substantial funds to Russia’s defense sector, as well as Russian access to the Turkish armed forces and defense industry,” US Secretary of State Mike Pompeo said in a statement.

“Turkey nevertheless decided to move ahead with the procurement and testing of the S-400, despite the availability of alternative, Nato-interoperable systems to meet its defense requirements,” he continued.

“I urge Turkey to resolve the S-400 problem immediately in co-ordination with the United States,” he said.

Turkey’s foreign ministry urged the US “to reconsider this unfair decision as announced today”, adding that Turkey “stands ready to address this issue through dialogue and diplomacy in conformity with the spirit of alliance”.

The ministry warned that US sanctions “will inevitably negatively impact our relations, and (Turkey) will retaliate in a manner and time it sees appropriate”.

Coming just weeks before Joe Biden assumes office, the sanctions pose a potential dilemma for the incoming administration, although the president-elect’s team has signaled it is opposed to Turkey’s use of the S-400 and the disunity within NATO it may cause.

Why was the war lost in Karabakh? Samvel Babayan’s Revelations from the 44-day war