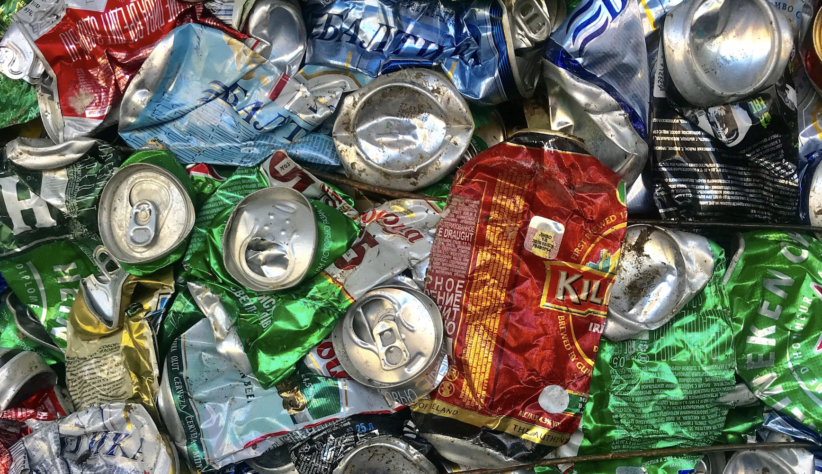 Beginning last December, a new city pilot program installed recycling bins and waste sorters all over Yerevan, Armenia. This is part of a concerted effort by the Yerevan municipality to make the city greener and cleaner.

There are currently sixty landfills in Armenia, and none of them have waste sorting, recycling, or reusing programs. Garbage in Armenia is collected without any sorting and then flattened at these landfills.

The program intends to improve the city’s waste management issue and introduce a culture of recycling. The first waste sorting bins were installed in Davtashen and Ajapnyak administrative districts.

Shortly after the start of the project, complaints began to appear online about the dumping of other household waste in recycling bins. CivilNet went to see the situation in residential areas, where many say there is a need for increased public awareness campaigns about waste and the environment.

The proceeds from the recycled material will be used by the Yerevan Municipality to develop the landscaping, gardening, and environmental protection sectors and to implement other environmental programs.

The government plans to install 130 waste bins by mid-February, and a large awareness campaign will be launched in order for the residents to attain a better understanding of the negative consequences of waste on the environment. Additionally, there is a plan to develop educational programs in kindergartens and schools.

Although this endeavor is the first of its nature to be taken on by the Armenian government, private organizations have taken on recycling initiatives throughout Armenia previously. The most prevalent of them being SmartApaga LLC, which is a private waste management service that offers a paid pickup service. Its services are used by over 1000 organizations around the country.

Another initiative is the Recycle It! program, which is a project that the Innovative Solutions for Sustainable Development of Communities NGO started in 2017. The project intends to create a waste sorting and recycling culture throughout Armenia through their installation of waste sorting bins and increasing public awareness about waste recycling. The NGO has 415 partners and has recycled 229 tons of plastic since its inception.

Iran’s Foreign Minister is in Armenia with New Regional Considerations

Netherlands' New Start in Armenia: A Conversation with Ambassador Schermers