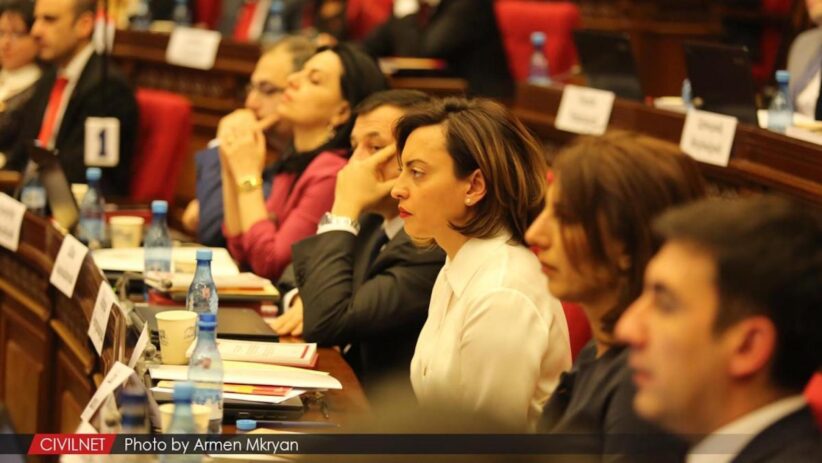 The My Step Alliance, which holds the majority of seats in Armenia’s parliament, is considering the option of constitutional changes that will allow the parliament to dissolve itself without the resignation of the prime minister.

At the moment, there are two constitutional ways to carry out snap parliamentary elections in the country. The change that is being considered will allow for a third option.

Currently, there are two ways the constitution will allow for snap parliamentary elections:

a) The government budget and program is not approved and adopted by the parliament – and the government resigns and snap elections are held.

“The current government will move towards snap elections on the condition that the parliamentary opposition does not nominate a candidate for prime minister,” said Alen Simonyan, a member of the My Step Alliance.

Simonyan’s statement alludes to the fact that there is no confidence that following Prime Minister Nikol Pashinyan’s possible resignation, all members of the parliamentary majority will NOT vote for another candidate to take the post. The constitutional changes, then, if decided on and adopted, will serve to protect Pashinyan’s position as Prime Minister by allowing for self-dissolution of parliament and snap elections without the risk of electing a new prime minister. But if the point of elections is to offer the opportunity to realign political forces according to their power base at the time the election is held, It is unclear how the legitimacy of the prime minister’s position will be assured, if he does not have the official votes of the NEW parliament that will be formed.

The numbers show that despite a clear majority, My Step Alliance has no confidence that all of its members will re-elect Pashinyan as prime minister if the parliament dissolves. Thus, the alliance is exploring options to head to  elections without Pashinyan’s resignation.

During last week’s parliamentary Question and Answer session, the authorities hinted at the possibility of another option for snap elections. This involved signing a memorandum with the parliamentary opposition parties with the same condition: That following the resignation of the prime minister, a new prime minister should not be nominated. The opposition parties have already rejected the proposal to sign the memorandum.

The Deputy PMs of Armenia, Azerbaijan and Russia to Meet in Coming Days

A Soldier’s Story from the Trenches