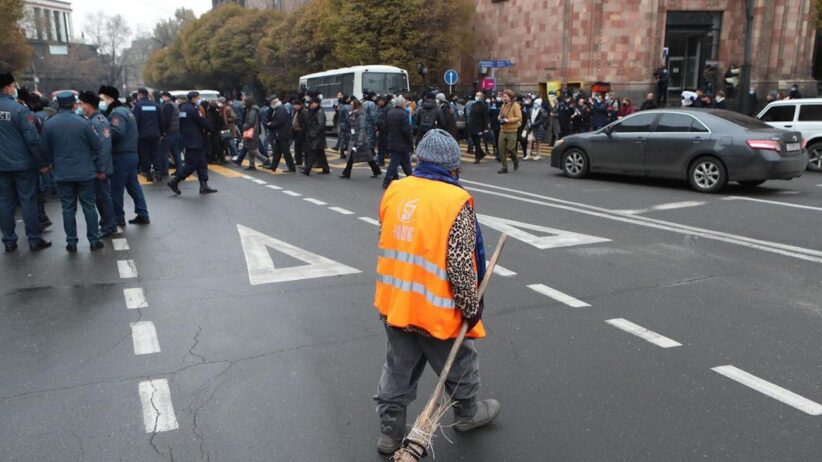 Over 100 people were detained Friday in Armenia’s capital Yerevan during an opposition rally demanding the resignation of Armenian Prime Minister Nikol Pashinyan.

Edgar Janoyan, Deputy Head of the Public Relations and Information Department of the Police, said that 101 people were detained, “For failing to comply with a lawful request by a police officer.”

On November 9, the leaders of Armenia, Russia and Azerbaijan signed a trilateral statement, which effectively ended the 44-day war in Nagorno Karabakh.

Hours before the signing of this statement, 17 opposition forces in Armenia demanded Pashinyan’s resignation, and began organizing demonstrations in the capital.

Also Read: Trauma on My Street

“One nation, two states”: At Azerbaijan’s victory parade, Erdogan vows Baku’s “struggle” against Yerevan not over