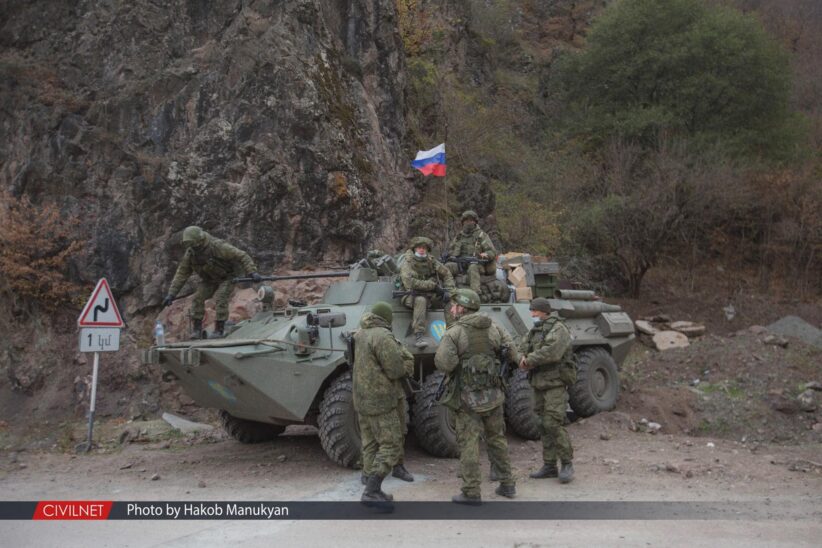 A Russian peacekeeping officer was wounded in a mine explosion in Nagorno Karabakh on Monday, Russian RIA Novosti news agency reports. An employees of the Artsakh State Emergency Situations Service was injured and an Azerbaijani soldier died from the same explosion.

The incident took place in the village of Mataghis, when a group of Russian peacekeepers, representatives of the Artsakh National Security Service, the Azerbaijani Armed Forces, as well as the International Committee of the Red Cross were searching for the bodies of those killed in the fighting.

The wounded Russian officer was taken to a hospital and his condition is stable.

The Russian Defense Ministry has said that Russia will take part in the demining of Nagorno Karabakh.

According to TASS news agency, Russian An-124, Il-76 and Tu-154 planes transporting specialists and demining equipment, have already landed in Yerevan.

Refugees from Karabakh’s first war are leaving their homes again