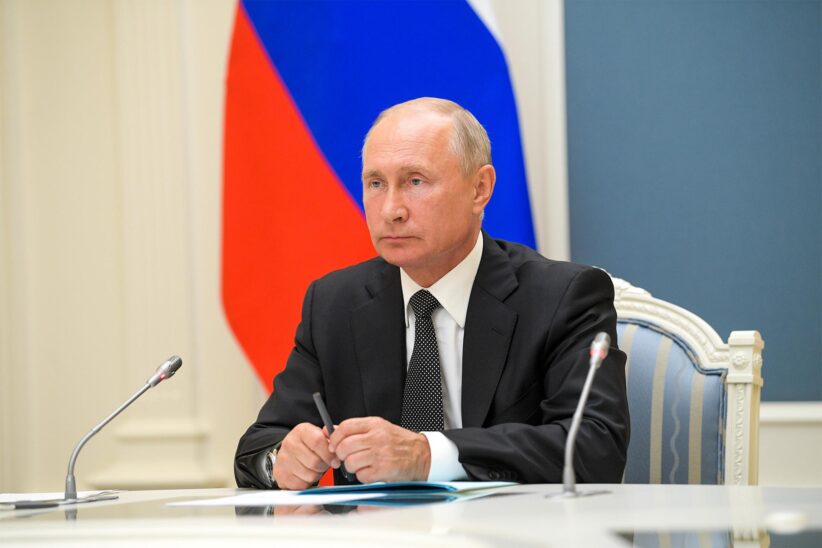 The status of Nagorno Karabakh will be determined in the future, Russian President Vladimir Putin said on Tuesday in an interview with Russia TV.

Putin said he believes that the “end of war” agreement on Karabakh between Russia, Armenia, and Azerbaijan provides an opportunity to resolve the situation in the future. “The most important thing that has been accomplished is the cessation of bloodshed.”

Putin noted that on October 19-20, an agreement was reached to end the fighting in Karabakh, but it was not successful.

He said that in October he persuaded Azerbaijan’s President Ilham Aliyev to stop hostilities on the condition of the return of Azerbaijani refugees to Shushi, but to Putin’s surprise, Armenia’s Prime Minister Nikol Pashinyan didn’t agree and decided to continue the war.

According to Putin, the situation on the ground in Karabakh was at a critical point before the cessation of hostilities, the situation was changing each hour, and it was impossible to negotiate within the OSCE Minsk Group because of lack of time.

The Russian president says that Armenia’s refusal of the current agreement on Karabakh would have been suicide for the country.

Speaking about lack of Russia’s and the CSTO’s intervention in the war, Putin explained that Armenia’s territory was not attacked.

“Under international law, Karabakh has always been an integral part of Azerbaijan. The CSTO could not intervene, no one attacked Armenia,” he said.

“As for Turkey and its role, this is well known, it has been talked about many times in Azerbaijan. The Turkish side has never hidden it. They have unilaterally supported Azerbaijan,” Putin said.

Touching on the internal political situation in Armenia, the Russian President expressed that it is necessary to unite the society, not to divide it. At the same time, he insisted that the accusations against the Prime Minister of Armenia Nikol Pashinyan were baseless.

“There are no grounds for accusations of treason against [Pashinyan],” Putin said.