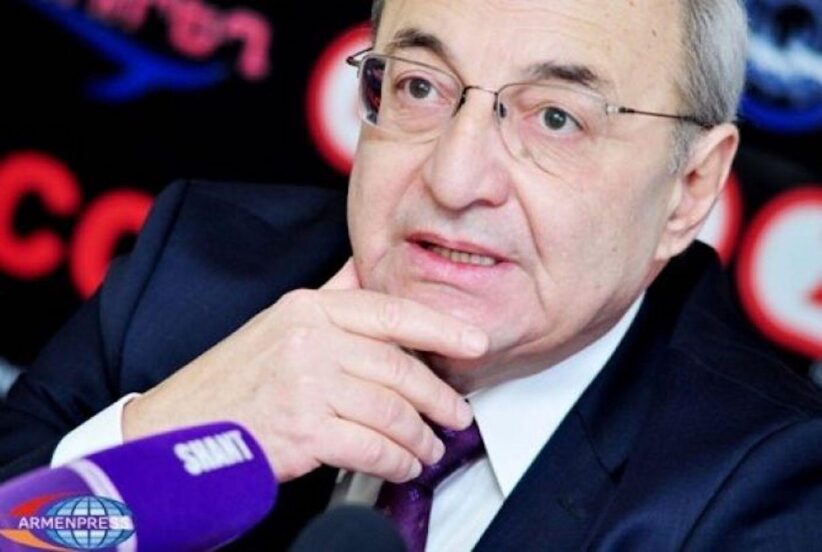 Manukyan was head of Armenia’s Council of Ministers, a post equivalent to prime minister, from 1990 to 1991, immediately prior to Armenia’s declaration of independence. As Defense Minister, from 1992 to 1993, he was instrumental in combining and streamlining the various fighting forces and forming Armenia’s regular army, in the midst of some of the harshest fighting of the first Karabakh War.

For weeks, 17 opposition groups in Armenia have been organizing protests in the country’s capital Yerevan to demand the resignation of the prime minister following his signing of the “end of war” statement with Azerbaijan’s and Russia’s presidents on November 9. Other than Prosperous Armenia, none of the other parties in the 17-member group have seats in the current parliament.

Ishkhan Saghatelyan, a representative of Armenian Revolutionary Federation (Dashnaktsutyun), announced Manukyan’s candidacy to reporters today, noting that the decision was made during a council meeting convened by the opposition.

Manukyan is due to speak at a rally in Yerevan on December 5.

“The council also decided to create a national movement called’ Salvation of the Motherland’ and to expand,” Saghatelyan said.

“Salvation of the Motherland”, which calls itself pan-Armenian and non-partisan, disseminated a statement today saying its main purpose is to, “Get rid of the catastrophic administration of Armenia through constitutional means by creating a transitional government.”

In its turn, parliamentary Bright Armenia party said in the case that the post of prime minister is vacant, the parliamentary faction will nominate Edmon Marukyan for the position.

Taghavard, Martuni: Half Armenian, Half Azerbaijani