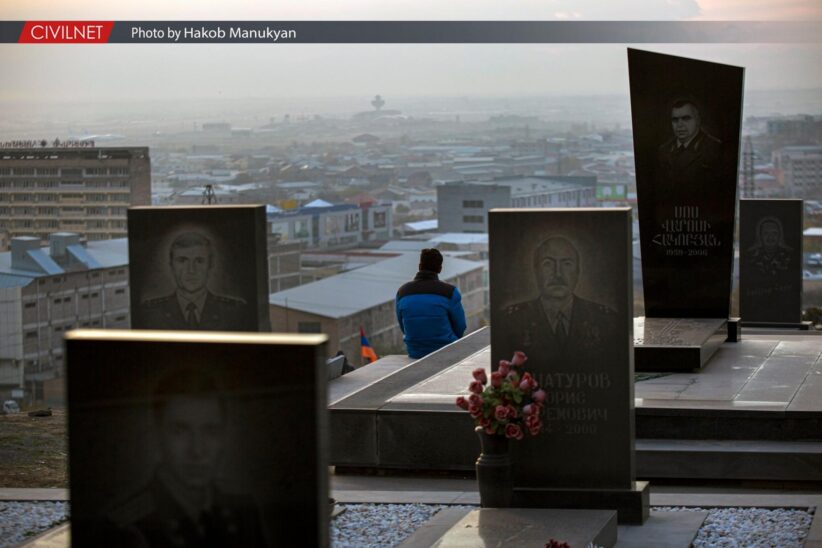 The Armenian Health Ministry has examined nearly 3,400 remains of servicemen and civilians killed since September 27. This number includes most of the nearly 1,200 remains recovered from the battlefield and Azerbaijani-occupied portions of Artsakh since the November 10 cease-fire. So far, only about 2,000 of those killed have been identified in lists published by the Artsakh Defense Army, the Police, the Soldiers’ Insurance Fund, and the office of the governor of Syunik.

While all of the lists contain inaccuracies and inconsistencies – with a number of individuals mentioned more than once, some names misspelled and some dates of death contradicted by other accounts – the publications nevertheless help illuminate some key aspects of the war, obscured by the war-time government propaganda.

About half of the 2,000 names published are of army conscripts born between the late 1990s and 2002. Most of the rest are of the army officers and active duty contracted personnel. The names published also include about 200 reservists, about 150 volunteers, some 75 police / police forces and about 50 national security / border guard personnel. This seems to confirm previous reports that the regular army received limited additional support in terms of mobilized reserves.

Voskovsky’s is among dozens of non-Armenian names in the list. Others include Maj. Valery Danelin, another pilot of mixed Russian-Armenian descent; contracted serviceman Yevgeny Gorodnichiy; volunteer Rudik Sarkhoshev, draftees Ivan Avdishoyev, Grigor Lemeshko and Aleksandr Nechayev, as well as a number of Yezidi Kurdish draftees and volunteers.

Among the dead are four Diaspora repatriates: three from Syria and one, Kristapor Artin, originally from Lebanon, having moved to Armenia from Canada in 2011; all four were part of the Dashnak volunteer detachment.

The lists also help identify the costliest days of the war for the Armenian side: September 27 – the first day of attack; October 2 – the fighting for Mrav, Talish and Madagis; October 9-10 – following the unsuccessful Armenian counterattack in the south of Karabakh; and October 13-14 – as Armenian forces attempted to break out of the encirclement in Hadrut.

The lists suggest that most of the fighting after mid-October was on the smaller scale, with a few possible exceptions: the defense of the Fizuli garrison on October 18-19, the defense of Martuni and Karmir Shuka on October 28 and the unsuccessful attempt to retake Shushi on November 7.

These findings are preliminary and are based on incomplete information.

This article was originally published on Focus on Karabakh.