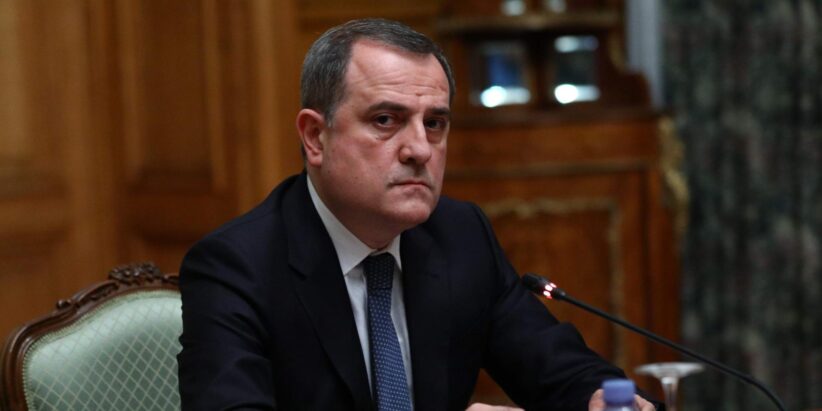 In a letter addressed to UN Secretary-General Antonio Guterres and dated January 8, Azerbaijan’s Foreign Minister Jeyhun Bayramov announced that 62 Armenians have been taken prisoner in Karabakh since the end of the Second Karabakh War on November 9. The prisoners, whom Bayramov refers to as members of “subversive groups”, are from the Hadrut region in southern Karabakh.

The foreign minister says the capture of the Armenian soldiers was the result of Azerbaijan’s “anti-terror operation” conducted in areas “recently liberated from occupation.”

“Deployment of an armed unit by Armenia into the internationally recognized territories of Azerbaijan is yet another blatant breach of Armenia’s obligations under international law to respect the sovereignty and territorial integrity of States and refrain from the use of force,” the foreign minister writes.

Bayramov’s letter comes after a December 29, 2020 letter sent by Armenia to the UN-Secretary General, which notes Azerbaijan’s violations of ceasefire and international law in Karabakh.

“Despite overt, unconcealed glorification of violence, sponsoring of international terrorism and genocidal ideology, both Azerbaijan and Turkey have been increasingly seeking to manipulate the right to ‘self-defense’ to cover up Azerbaijan’s criminal conduct,” the letter states. “Azerbaijan’s atrocious treatment of Armenian prisoners of war – including mutilation, torture and beheadings – belies any ‘self-defense’ argument.

Earlier in the week, Baku showcased its outrage over Armenia’s Foreign Minister’s trip to Karabakh’s capitol Stepanakert for meetings with officials.

“The illegal visit of the Armenian Foreign Minister Ara Ayvazyan to the Karabakh region of Azerbaijan, where he met with representatives of the puppet regime and signed the ‘documents,’ contradicts the trilateral statement of Nov. 10 and does not comply at all with the framework of peace, security and cooperation in the region after the cessation of hostilities,” said Leyla Abdullayeva, head of the Press Service Department of Azerbaijan’s Ministry of Foreign Affairs, in a statement.

In response, Anna Naghdalyan, spokeswoman for Armenia’s Foreign Ministry, said the allegations that the visit is a breach of the November 9 “end of war” statement are “completely baseless.”

“The November 9 statement does not impose any restrictions on different levels of relations between Armenia and Artsakh [Karabakh],” Naghdalyan said.

Aliyev Refuses to Hand Over Dozens of Armenian Prisoners