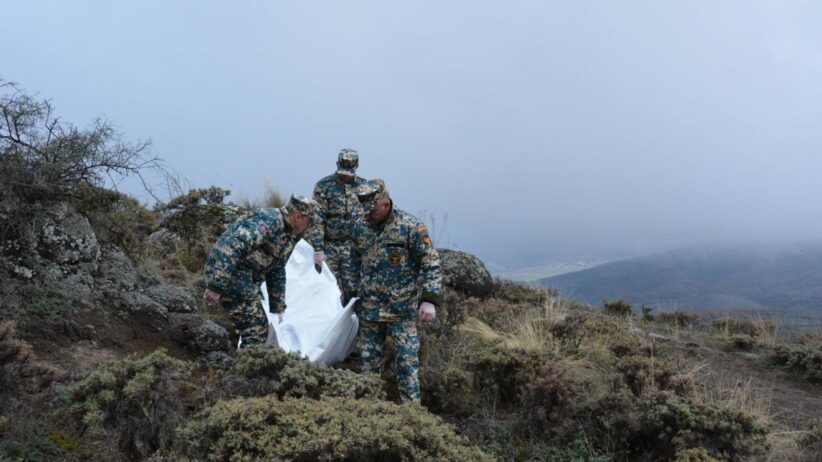 Three months after the cease-fire, the Armenian government has yet to publish an official estimate for the Armenian losses in the 44-day war fought with Turkey-backed Azerbaijan between September 27 and November 10. Armenian officials have said that more than 3,500 remains of people killed in the war have been processed, including nearly 1,400 collected from the battlefields and homes in occupied Armenian villages since the cease-fire. Of these remains hundreds have yet to be identified.

The Armenian military continues to publish lists of Armenian servicemen killed that do not seem to follow any standard or principle, not even the alphabetical order, and regularly contain inaccuracies. In all, the Defense Army website has so far published 2,400 names of the servicemen who died. Some of these names were later rescinded, with the servicemen turning out to be alive. Other names were published more than ones, misspelled or with wrong dates of birth.

The published names included those servicemen whose remains had not been in Armenian custody at the time of publication, and who should have been considered missing in action. Separately, more than 300 names of servicemen killed that had not yet published by the military were published by other official sources and in media.

Of these more than 2,700 published names, at least 1,154 belong to conscripted soldiers, most of them born between the years 2000 and 2002. More than 500 names are those of reservists and volunteers, some 300 are contracted active duty personnel, more than 130 are officers and hundreds of others not yet identified.

Below is a chart of the Armenian military losses by day, based on 1,303 records of Armenian servicemen whose date of death has been reported by the Soldiers’ Insurance Fund and media organizations, such as Aravot.am, Banak.info, Hetq.am, Iravaban.net, Razm.info and Yerkir Media TV. This sample likely includes more than one-third of all Armenian military dead and appears to be sufficiently random to be representative of the course of the war.

As was noted in the previous analysis, the biggest daily losses occurred on the first day of the Turkish-backed Azerbaijani attack – primarily from shelling via artillery, drones and other aircraft – as well as following the collapse of the southern front on October 9-10 and Armenian forces’ attempt to break out of the encirclement inside Hadrut on October 13-14.

Emil Sanamyan is a South Caucasus specialist based in Washington D.C.. He is the editor of the University of Southern Claifornia Focus on Karabakh platform.